UFC Quick Quote: Renzo Gracie won't be fighting in Brazil ... but Royce should be

Share All sharing options for: UFC Quick Quote: Renzo Gracie won't be fighting in Brazil ... but Royce should be 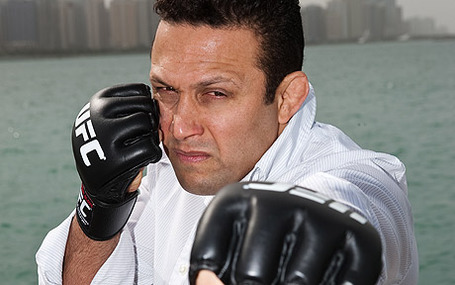 "In reality, I can't. I have no time now. I was planning to, I began the training, but my life is so crazy I couldn't dedicate 100 percent to that. I hope Royce fights. To have a Gracie fight there would be great -- great for the fans, to have someone from my family fighting. I hoped to do it but I don't have the time to concentrate to it."

-- Ultimate Fighting Championship (UFC) began as a way to showcase the otherworldly grappling talents of the Gracie family, who sought to showcase their particular brand of Brazilian jiu-jitsu to the world at large. They did just that when Royce Gracie defeated everyone in his path en route to winning 11 consecutive fights inside the Octagon, including tournaments at UFC 1, 2 and 4. His cousin, Renzo, also found great success, albeit outside the famed walls of the eight-sided playground. When he made his debut with the world's largest fight promotion in April 2010, he was soundly outclassed by Matt Hughes en route to a third round technical knockout loss. He had previously campaigned to make his long-awaited return when the UFC finally makes its way back to Brazil on Aug. 27 for the "Silva vs. Okami" event. However, he tells MMAFighting.com, he simply won't be ready with his hectic schedule and outside responsibilities. He does believe it's only right, though, that Dana White and company make sure a member of the Gracie family is on the card, hopefully Royce. Not that it hasn't been asked enough already, but if you had to pick just one Gracie for the card, who would it be? Let's hear it.