For his part, "Lil Heathen" said he heard "three pops" while he was torquing "Danny Boy's" arm and thought he may have broken it. To hear him elaborate further on that click here. Another angle on the submission after the jump. 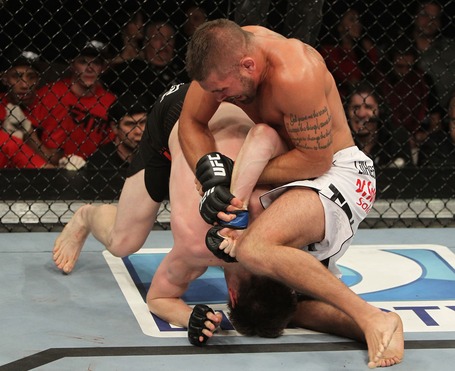