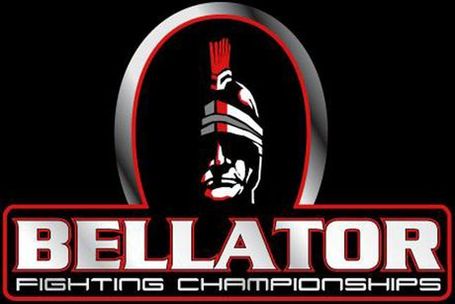 This past Saturday we saw another crazy Bellator decision go to the bigger name of Jay Heiron over up and coming fighter Rick Hawn.

It showed another huge reason people are starting to lose belief in Bellator.

Now i know that Bellator doesn't judge/officiate their own fights as it is regulated by the respective states commission but fork over the money to get better judges. Hawn, was in deed robbed in what was a closer fight to me then some other fans but regardless Hawn won.

I think it was said best when www.mmamania.com'sown Brian Hemminger said:

Jay Hieron didn’t legitimately win any of his fights in this tournament. That’s just sad.

A sentimate many here agreed with without much arguing.

I have one huge dissatisfaction with Bellator Fighting Championships and thats the lack of championship material. I hate watching a champion not defend their title even though they are the champion.

Title defenses by the champions

Bellator has 7 currentc hampions and awaiting to crown it's first light heavyweight champion between Richard Hale and Christian M'Pumbu at Bellator 45 on May 21, 2011.

I find that alot of people here really like watching Hector Lombard knocking heads off left and right while Eddie Alvarez systematically destroys people. I'd pay to watch Hector Lombard and Eddie Alvarez and maybe I'm a little greedy to want to seem them for free while i can.

Cole Konrad was to face Paul Buentello recently and it was dubbed a 'super fight'. I have no problem with a smaller company using a promotional tool like a label of 'super fight' but what bugs me is that your champion is facing his stiffest fight yet and isn't defending the gold?.

Hector Lombard who may be the promotion's most sought after fighter has fought 3 times since defending the middleweight strap. He has defended the strap 1 time at fought one non-title fight at 185-pounds and a catch weight of 190-pounds.

It's somewhat mind puzzling because you'd think Bellator would want the champion defending their championship. If your unaware but Bellator has championship clauses within their contracts meaning cchampions can't leave unless they lose their belts regardless of pre-signed contract term.

Bellator is making stars and locking them in by not making them defend their straps. I assume there is a guaranteed amount of title defenses per season. That's why Alvarez and Lombard have made at least 1 defense thus far since winning their straps.

Champions defend championships plain and simple to me. Overeem ran around without defending the Strikeforce championship for over a year. I also hate when a promotion gives a big name fighter a shot at their title without a commitment of defense.

The UFC has done a pretty damn good job at making sure their titles are not props and that much more meaningful. I also hated when BJ Penn said the belt was an accessory for the tagline for his book.

If your not in this game to be a champion and defend yourself as the best ever then you should think of a team sport where you can rely upon others.

What do you think Maniacs?