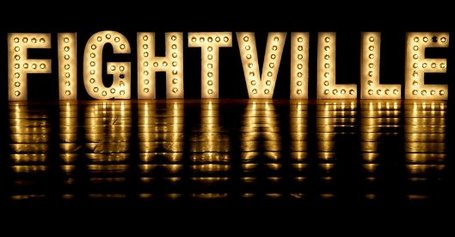 May 3, 2011 - Pepper & Bones announced today that Showtime Networks Inc. has acquired their latest documentary, FIGHTVILLE, for U.S. exhibition. The premium network closed a deal on the film, directed by Petra Epperlein and Michael Tucker, shortly after its rousing world premiere at the South by Southwest Film Festival in Austin, TX last month.

"We are thrilled to have SHOWTIME as our partner for FIGHTVILLE," says co-director Petra Epperlein. "Mixed Martial Arts is the fastest growing sport in the world and SHOWTIME is a major force in combat sports and truly represents the best in original programming," adds Epperlein.

FIGHTVILLE chronicles the story of a minor league Mixed Martial Arts (MMA) promotion run by Gil "The Thrill" Guillory in Lafayette, Louisiana--a place where, for many, fighting is as much ritual as it is sport. In FIGHTVILLE, life is a contest, and the area around Lafayette, which includes a neighborhood that is the namesake of the film, has no shortage of up-and-coming fighters willing to fight their way out of the dusty rodeo arenas of Louisiana to the big lights of Las Vegas.

Many of them train with veteran UFC fighter "Crazy" Tim Credeur at his Gladiators Academy, where he seeks to "build better men," while developing champion fighters.

One of those fighters, Dustin "The Diamond" Poirier, quickly became the focus of the film after a series of dramatic victories. His story forms the backbone of the film. "The first time we saw Dustin fight, we were immediately taken with him," states co-director Michael Tucker. "You could tell that the kid was going places." "More than just fighting, FIGHTVILLE is about what it takes to be the best at anything," adds Tucker. "We hope that FIGHTVILLE will introduce a wider audience to the beauty and passion of MMA while elevating the mainstream perception of the sport."

Submarine Entertainment's Josh Braun negotiated the deal with Showtime Networks Inc., and a US theatrical and DVD distribution deal is planned as well. FIGHTVILLE had its international premiere on April 28th at Hot Docs film festival in Toronto, Canada on the eve of UFC 129, the biggest fight in UFC history.