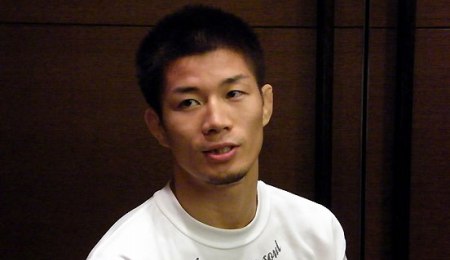 Hatsu Hioki -- widely regarded number two-ranked featherweight fighter in the world -- has reportedly vacated his Shooto lightweight belt and the Sengoku featherweight belt and is expected to attend UFC 131 at the Rogers Arena in Vancouver, British Columbia, Canada, on June 11, 2011.

Robert Sargent of MMA Rising has the scoop:

"Shu Hirata says that Hatsu Hioki will be in attendance at UFC 131 in Vancouver on June 11th."

Hioki has been on a tear in the featherweight division, compiling a fantastic record (11-1-1) that includes a controversial loss to Michihiro Omigawa. His biggest win during that span was a unanimous decision over Marlon Sandro at Sengoku: "Soul of Fight" late last year.

He's also defeated the most recent 145-pound number one contender Mark Hominick (twice), as well as notables such as Jeff Curran, Ronnie Mann and Rumina Sato, among others.

His presence would certainly be felt instantly in a division already dripping with talent.