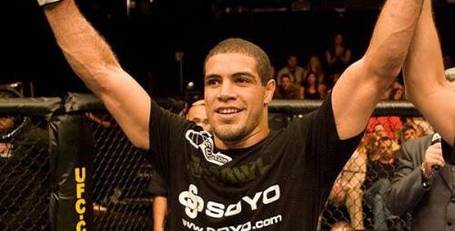 With Horn and Leites both respected grapplers the fight would in fact take place almost completely on the feet. Horn comments on the fight:

" I felt like I had a little edge on the feet. Obviously his background on the ground is untouchable so I thought if I had any chance it would be on my feet."

Leites comments on the fight:

"To be honest the game plan was waiting to see what his game plan was. I could have tried to take him down and use my ground game but I decided to take this fight standing and see what happened. Jeremy started with punches, but this is good because I proved my stand-up game you know. Like I said I knew he's a very tough guy. People think that with Thales if the fight doesn't go to the ground he is going to lose, but that's not the case."

With Horn disappointed at the very close decision he is keen to fight again for Superior Challenge in Sweden:

"This is a great show they treated us amazingly, I would love to come back absolutely."

"You see the fight? He kicked my ass!"

"You know I enjoy fighting, that was a cool fight for me. Both of us are the kind of guys that enjoy having a pissing contest. It was cool going into that fight knowing he was that way because I'm that way to. That was exciting for me. I have a lot of fights and this fight probably got me up for it most since the Melvin GuIllard fight to be honest."

The other Championship contest on the night featured Daniel "The Viking Hunter" Acacio successfully defending his Welterweight title against Diego Gonzalez.

Acacio's crisp striking was too much for Gonzalez who showed an incredible amount of heart to go the distance with the Brazilian, who was not surprised at Diego's durability:

"I wasn't surprised because he's a tough fighter and I knew he would bring the fight to the end, no matter what happened."

With Superior Challenge 7 a huge success, promoter Babak Aghavali promises even bigger things for his next show scheduled for October.