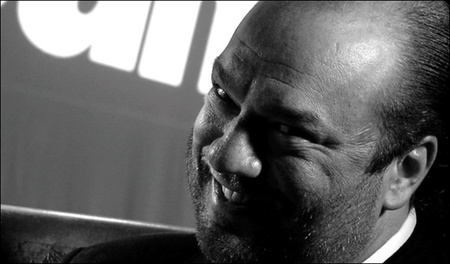 UFC 131: "Dos Santos vs. Carwin" is just around the corner and the news surrounding the event has centered mainly on the sickness afflicting Brock Lesnar and his subsequent withdrawal from the card.

Understandable, considering his status at the top of the heap but some interesting news slipped through the cracks. Lesnar's involvement on the card prompted the production company that handles the UFC "Countdown" shows to hire his former WWE mouthpiece and famed wrestling promoter, Paul Heyman.

The reason he was hired was to handle the interview process, apparently with the main focus being on working with Lesnar. Once he pulled out and was replaced by Carwin, though, it created the need for Heyman to hook up with "The Engineer" to re-do some questioning.

Now, this may all seem like a relative non-story; after all, what does it matter who is doing the interviewing on these "Countdown" shows? It's not like they are visible figures that play much of a part in the finished product, right?

Carwin recently blogged about Heyman's involvement in the making of the show and how it should have a significant impact on all involved.

Paul arrived the night before and we grabbed dinner and he went over his plans and ideas. He said he was given about 12 questions that he was just going to toss out. He wanted to capture me and my thoughts on the fight. The type of questions that he tossed out were ones like "how did you feel when you got the call".

The day of the shoot it was pretty much business as usual. I would say the key difference of what Paul brought to the table vs the previous producers is that he understands the entertainment value and ask questions that illicit good responses. I have been called "boring" in the past but the reality is when you are interviewed by people that do not fully understand the sport or how to extract the right information to sell the event. I do not lead interviews so if the media is not sure of how to extract the right information I can come off "boring". That would be the Heyman difference. Paul was able to let me be me, left the stupid questions out and we got into some good stuff. I think this is going to make for a great Countdown Show.

For those uneducated on just exactly who Paul Heyman is, here's the rundown.

Today, Heyman is an entertainment producer, but he's better described as a sort of jack-of-all trades. He came to fame, though, as the figurehead and brains behind the short-lived cult hit professional wrestling promotion Extreme Championship Wrestling (ECW).

Under his direction, ECW rose to prominence as the widely accepted number three pro wrestling promotion throughout the '90s. During most of his run, Heyman did everything, from booking the shows (writing the storylines) to producing both the live and television events, as well as promoting and marketing the organization.

And while he had many faults, through it all the one thing no one could deny him was his uncanny ability to bring out the best in every performer he got his hands on.

In professional wrestling, success is not just based upon a wrestler's abilities in the ring but also how entertaining he or she can be when handed a microphone and asked to cut a "promo."

This is where Heyman shined.

He helped some of the greatest wrestlers in the history of the business find their voice and many would eventually become superstars. The most famous of which would undoubtedly be "Stone Cold" Steve Austin.

After a successful run in World Championship Wrestling (WCW), Austin had suffered an injury an been fired while he was rehabbing said injury. The reasons for his dismissal were plenty, mainly the fact that Eric Bischoff, who was running WCW at the time, thought Austin could never be a true superstar.

Once Heyman got a hold of him, however, he brought out the personality that was never allowed to shine through in Austin's days at WCW. He did so by simply harnessing the anger Austin felt at his situation and created one of the greatest mic workers in the long and storied history of the pro wrestling industry.

Here's a video to showcase a famous promo cut by Austin shortly after his arrival at ECW:

Amazing stuff and something unseen from Austin up until that point. A few years later, he hit it big with World Wrestling Entertainment (WWE), then known as the World Wrestling Federation (WWF), and never looked back. To this day, Austin is considered one of, if not thee, greatest promo artists in the history of the wrestling business.

Which brings us all the way back around to Heyman's producing the UFC 131 "Countdown" show and his involvement with Shane Carwin.

As Carwin himself states, he's long been saddled with the reputation of a "boring" guy, despite his incredibly exciting fighting style. If there is any man on Earth that can find a way to make him an entertaining interview, it's Paul Heyman.

Imagine: A fighter with huge knockout power, whose fights nearly always finish inside the first round, typically by way of knockout, who also knows how to entertain when a microphone is in front of him.

Once the UFC 131 "Countdown" show hits the airwaves, we'll all get a firsthand look at Heyman's work and judge for ourselves how well he did in bringing out the personality Carwin has yet to exhibit throughout his mixed martial arts career.

If he does a good job, we just may end up seeing him more and more. And that won't be such a bad thing.

Not bad at all.