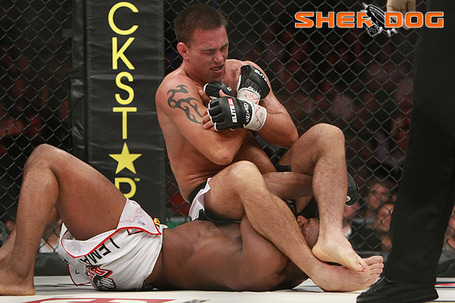 Known as one of the most successful Brazilian Jiu-Jitsu practitioners in mixed martial arts, Jake Shields has notched 10 of his 26 career victories with a tap, nap or snap.

Over the years Shields has used his self-proclaimed American style of jiu-jitsu to defeat some of the sports best fighters in the world, including Robbie Lawler, Paul Daley, Nick Thompson and Mike Pyle, among others.

Despite his dangerous skills, the Cesar Gracie-trained black belt has played the underdog roll several times throughout his career. And come Saturday night at UFC 129, it shall be no different when he meets UFC Welterweight Champion Georges St. Pierre in front of 55,000 raucous Canadian fans.

Many feel that St. Pierre's wrestling and top game -- even if the fight hits the floor, which is right in Shields' wheelhouse -- will be too much for him to overcome. However, the grappling prowess of Shields, he is also a very solid wrestler with a strong top game, cannot be overlooked.

He can end a fight in a hurry if he can find just the right position.

In the extended entry, we take a look at the top five opportunistic submissions of the current number one 170-pound contender. Make no mistake: He's made a career -- and a reputation -- with his slick submissions.

Let's look at some of his best work:

The grappling match between Leo Santos and Jake Shields took place back in ADCC in 2005. Santos is a well respected Brazilian jiu-jitsu black belt who had just came off a submission victory over none other than Georges St. Pierre. Shields would put Santos away early, after having the go behind waist lock and then dragging Santos down to the mat and eventually securing a rear naked choke.

Back in 2007, the Cesar Gracie black belt took on Xtreme Couture pupil Mike Pyle who is also known for having tremendous submission skills. Pyle showed some signs of life in this match by scrambling to his feet early after Shields would drag him to the mat, and Pyle even initiated a takedown. However, Shields would reverse that takedown Pyle initiated, mount, and then take the back of Pyle and secure another rear naked choke victory. 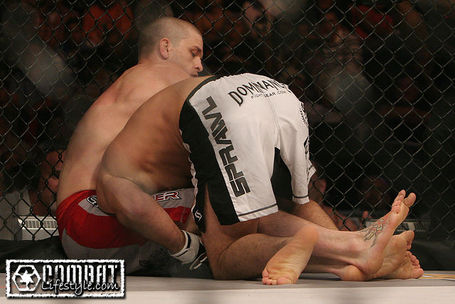 At the time Shields fought Lawler, many people felt that Lawler was a horrible stylistic match for him and that the odds of Shields winning were very slim. On this night, Shields would move up to a catchweight of 182 pounds and ignore all the doubters, proving once again the reason he's a feared submission specialist. He submitted the highly respected middleweight with a guillotine choke without breaking a sweat. 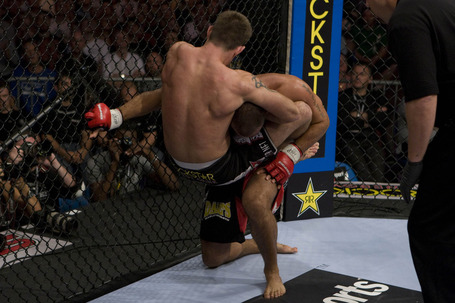 Back at Elite XC: "Unfinished Business" in 2008, Jake Shields would meet the always tough veteran Nick Thompson. While clearly "The Goat" may not be the best opponent for Shields, the one-arm guillotine Shields put Thompson away with was nothing short of amazing and stunned many viewers. 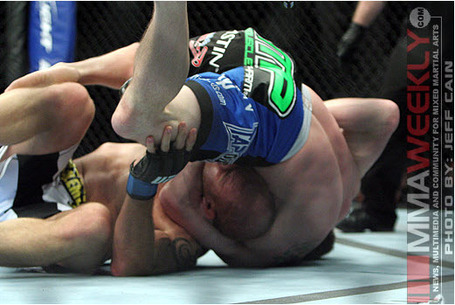 At the Gracie Open in 2007, Jake Shields met one of the top welterweights in the world in Jon Fitch. Shields would immediately jump guard and get to work and eventually sweep Fitch. In this match, Fitch was almost all defense and at the end, Shields would emerge victorious and get a rear naked choke victory. A feat mind you that is all but impossible -- just ask any of Fitch's training partners or opponents. He's nearly impossible to choke out. Emphasis on nearly: