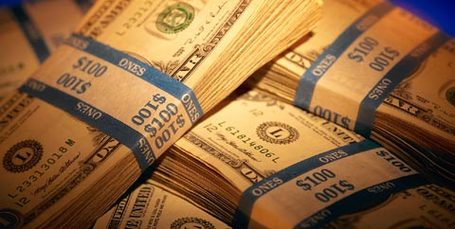 Strikeforce salaries for "Feijao vs. Henderson" on March 5 in Columbus were released earlier today by the Ohio Athletic Commission (OAC) for the Showtime telecast held last Saturday night at the Nationwide Arena in conjunction with the Arnold Fitness Expo.

As expected, newly-crowned Light Heavyweight Champion Dan Henderson was the top earner of the night, banking a whopping $250,000 for his third round knockout of Rafael Cavalcante, who took home $28,000 in defeat.

In second place was middleweight super soldier Tim Kennedy, who made an easy 50-grand by choking out the defenseless Melvin Manhoef ($10,000) on the televised Showtime card.

Strikeforce Women's Champion (135-pounds) Marloes Coenen scraped together a measly $10,000 for choking out the unexpectedly mighty Liz Carmouche ($5,000) while Jorge Masvidal was "Game" and made "bread" by pocketing $30,000 for his unanimous decision win over Billy Evangelista ($20,000).

But that's not all

Here are the complete Strikeforce: "Feijao vs. Henderson" payouts (via MMA Fighting):

Keep in mind the salaries listed above do not include fight bonuses, sponsorships, percentages and other unofficial payments. It also does not include deductions for expenses such as insurance, taxes, etc.

For complete results and coverage of Strikeforce: "Feijao vs. Henderson" click here and here.