Share All sharing options for: UFC 131: Donald Cerrone vs Mac Danzig booked for June 11 in Vancouver 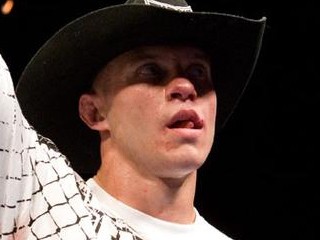 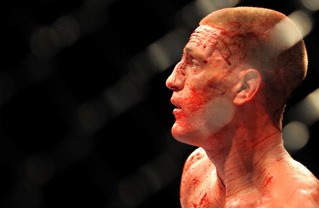 Time for the Mac daddy to "Cowboy" up.

The UFC today announced that lightweight brawlers Donald Cerrone and Mac Danzig will hook 'em up on June 11 at UFC 131 in Vancouver, British Columbia, Canada.

Dana White was quoted as saying it should be a "non-stop action fight" and we would be remiss to dispute that claim.

Cerrone is a winner of three consecutive bouts, dating back to his World Extreme Cagefighting (WEC) days, including a "Fight of the Night" performance when he choked out Paul Kelly at UFC 126.

As the Greg Jackson product slowly climbs his way to contention, his opponent is busy resurrecting his once promising career.

Mac Danzig won The Ultimate Fighter (TUF) season six back in Dec., 2007 and showed all the promise in the world. Submitting jiu-jitsu specialist Mark Bocek in his next bout only solidified that.

However, he promptly lost four of his next five bouts and went strolling into his UFC 124 clash against Joe Stevenson with his job on the line.

With his back pressed firmly against the wall, the Ohioan came out swinging and put "Daddy" down for a nap with a one-hitter quitter that won him "Knockout of the Night."

Anyone think he can put in a repeat performance?

UFC 131 is shaping up to be a blockbuster summer event, featuring a main event of massive proportions when Brock Lesnar and Junior dos Santos collide for the right to face Cain Velasquez for the heavyweight championship.

As always, stay tuned to MMAmania.com for any updates to this still-developing fight card.