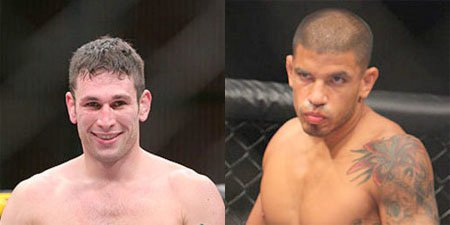 Amir Sadollah, initially set to fight Duane Ludwig before he was replaced by James Wilks due to injury, has yet another opponent for UFC Fight Night 24 on March 26 in Seattle, in the form of DaMarques Johnson.

After winning The Ultimate Fighter (TUF) Season 7, Sadollah was plagued by injuries that kept him out of the Octagon for over a year. Following a disappointing TKO loss to Johny Hendricks at UFC 101, Sadollah earned unanimous decision victories over Phil Baroni and Brad Blackburn.

He recently rebounded from a unanimous decision loss to Dong Hyun Kim with a win over Peter Sobotta at UFC 122.

DaMarques Johnson will come into this fight, on just two weeks notice, looking to build on his impressive back-breaking win over Mike Guymon at UFC Fight Night 23: "Fight for the Troops 2" back on Jan. 22, 2011.

The Ultimate Fighter (TUF) season nine finalist has gone 3-1 since losing to James Wilks in the finals and appears poised to break into the upper reaches of the division.

UFC Fight Night 24 is set for March 26 in Seattle, WA, and will feature hot prospect Phil Davis in his biggest test to date against grizzled veteran Antonio Rogerio Nogueira.

Also on the card, Dan Hardy will "Rumble" with mammoth welterweight Anthony Johnson.

Stay tuned to MMAmania.com for any updates as they become available.