Too fat to fight? 'Rampage' Jackson turned down 'Shogun' Rua fight because of excess weight

Share All sharing options for: Too fat to fight? 'Rampage' Jackson turned down 'Shogun' Rua fight because of excess weight 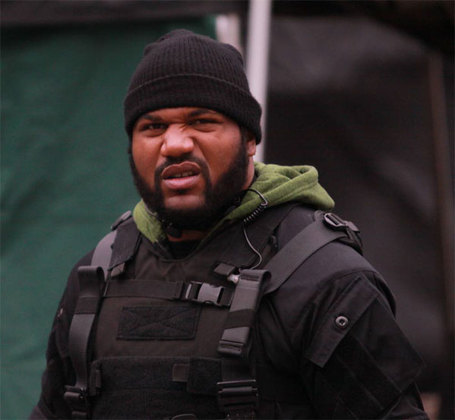 The former champ takes to Twitter in an attempt to clear his name:

"I turned down the fight cause of short notice,I would have 2 lose 45 lbs n 4 weeks,u would have 2 be a fighter 2 understand,life goes on."

Quinton Jackson is not happy at the bad press he's getting after UFC Light Heavyweight Champion Mauricio Rua spilled the beans on his refusal of a proposed fight between the two at UFC 128 on March 19. You see, that's just six weeks away and the fact is, "Rampage" would have to drop 45 pounds just to make the 205-pound limit (remember, no one pound allowance for title fights) and that's simply not enough time for the pudgy pugilist to do so. Is this truly a good reason to turn down a title shot, not to mention a chance at revenge? According to Jackson, you need to be a fighter to understand so if we have any Maniacs out there that sling leather, please feel free to explain it to the rest of us. Of course, even if you don't, your opinions are still welcome. Anyone think this is more excuse than reason?