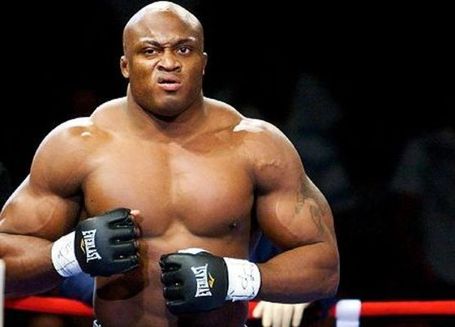 According to "The Dominator" in a recent interview with Pro MMA Now:

"You know I think that there are a lot of haters out there and they just want to hate for whatever reason they want to. After [the Chad Griggs] fight [in Houston] I knew the problems. I think I lost the match. I didn’t get beat. If you watch the match I mean I completely controlled and had completely taken care of this guy and he runs around like he just won the world title, throwing his hands up and how he’s the greatest thing since sliced bread. B.S. I think he’s garbage. I take that back. I’m a little upset about that but I think it was just garbage, the whole situation was garbage. Since then I mean I’ve been going through a lot of stuff because I had a bit of mono so I was having to get that out of my system and rehab my body so that I feel a lot better. I think a lot of people just thought that I was going to be kind of like those one hit wonders, fight until you lose and then quit. That’s not me man. If I’m a part of the organization, winning and losing is part of fighting, so I’m here to stay. I’m going to be fighting for a while now."

Professional wrestler turned aspiring mixed martial artist Bobby Lashley looks to continue his heavyweight journey when he battles James Jack in the main event of Titan Fighting Championship 17 on March 25 in Kansas City. Lashley suffered the first defeat of his career under the Strikeforce banner after getting pounded out by relative unknown Chad Griggs last August. Is there a future for the bald bruiser outside of the San Jose-based promotion? Or did his chances of reaching the pinnacle of the sport get buried by the "Gravedigger" back in Houston?