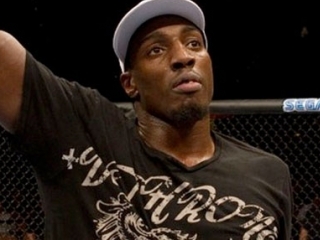 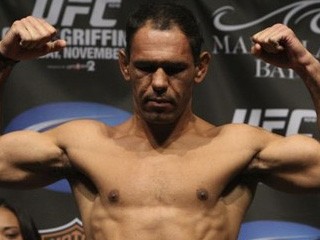 Tito Ortiz has been forced to pull out of his fight against Antonio Rogerio Noguiera at UFC Fight Night 24 on March 26 due to "getting stitches," according to Dana White.

"22 stitches and a bad concussion sucks but I will heal and be better soon."

Stepping in to replace him will be Phil Davis, who is reportedly "pumped" for this opportunity at such a high profile main event fight airing free on Spike TV.

Davis is coming off a "wonderful" performance against Tim Boetsch at UFC 123: "Rampage vs. Machida" back in November, sending "The Barbarian" back to the stone age via second round Philmura.

The victory was the eighth straight for the NCAA champion and four-time All American out of Harrisburg, PA. In addition to Boetsch, Davis steamrolled Brian Stann, Alexander Gustafsson and Rodney Wallace under the UFC banner following his 2010 debut.

He's went from a fight against Matt Hamill to Jason Brilz and now to his first headlining bout with the world's largest fight promotion against Nogueira. Is he ready?

Nogueira is also coming off a defeat, a unanimous decision to surging division contender Ryan Bader at UFC 119 last September. While the loss snapped a seven-fight winning streak, Rogerio has also been criticized for what was perceived as a poor showing in a split decision win over Jason Brilz at UFC 114 back in May.

"Lil' Nog" doesn't have anything to prove in terms of his accomplishments in the sport of mixed martial arts, but he may have a lot to prove to the fans if he is expected to be considered competitive in the promotion's stacked 205-pound weight class.

Quelling the uprising of a top prospect like Davis would certainly accomplish that.

UFC Fight Night 24 is all set to go down at the Key Arena in Seattle, Washington, with Davis vs. Nogueira serving as the main event of the evening. Other action on the card will feature Dan Hardy vs. Anthony Johnson and Leonard Garcia vs. Nam Phan.

Stay tuned to MMAMania.com for any updates as they become available.