Share All sharing options for: UFC 131: Kenny Florian vs Diego Nunes possible for June 11 in Vancouver 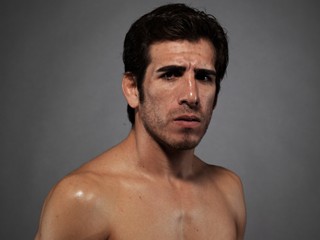 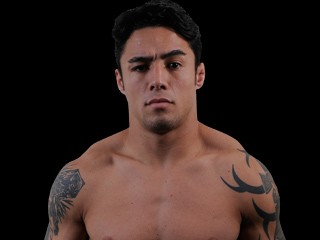 When Kenny Florian stated his intention to move down to featherweight, he said he believed he was just one or two fights away from a title shot. It looks like he's got an opponent for his 145-pound debut.

"KenFlo" announced on the Feb. 18 edition of ESPN's 'MMA Live' that he's set to throw hands against Diego Nunes at UFC 131 on June 11 in Vancouver, British Columbia, Canada.

Florian's lightweight run in the Octagon is widely regarded as a successful one, although it is marred by two failed attempts at the title and the inability to procure a third shot in his last fight in the division against Gray Maynard.

But if at first you don't succeed, drop a weight class and try again.

The 34-year old Bostonian, who will turn 35 just two weeks before fight night, knows it's time to stop chasing belts and start wearing them. His quest for the 145-pound strap begins with what could potentially be a number one contender fight against a tough as nails Brazilian.

Diego Nunes might be short on name value but he's long on talent and 16-1 since his professional debut in 2004.

Fresh on the heels of a split decision win over Mike Brown at UFC 125, Nunes is "Gunning" for a shot at fellow Brazilian division champion Jose Aldo.

Would a win over a debuting name like Kenny Florian give him a legitimate claim at UFC gold?

UFC 131 has yet to be announced by the promotion but is currently rumored for June 11 at the Rogers Centre in Vancouver, British Columbia. The main event is expected to feature former Heavyweight Champion Brock Lesnar taking on Junior dos Santos following the conclusion of their coaching gig on The Ultimate Fighter (TUF) 13.

As usual, keep it locked to MMAMania.com for any updates to this still-developing fight card.