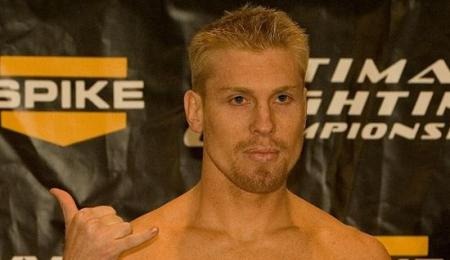 UFC veteran Jeremy Jackson was today sentenced to serve 25 years to life in a California prison for robbing his ex-girlfriend's house and then raping her at (fake) gunpoint in 2008, according to the Ventura County Star.

The Ultimate Fighter (TUF) 4 alum  -- who has been sitting behind bars for two years until the case was resolved -- pled guilty, despite his lawyer's advice, to the charges late last year rather than possibly face 60 years to life if convicted by a jury of his peers.

Russell Baker, Jackson's attorney, said his client was innocent of the crimes and only admitted to them because the "'crushing weight' of the trial and the accusations were a heavy mental burden" on him.

His most notable win was stopping Strikeforce Welterweight Champion Nick Diaz way back in 2002 at UA 4: "King of the Mountain." Diaz, however, would later go on to exact revenge, winning the rematch and rubbermatch -- by technical knockout and submission, respectively -- to seal their trilogy.