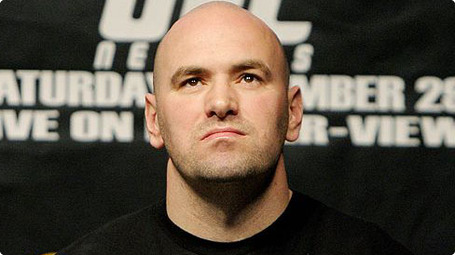 Ultimate Fighting Championship (UFC) will hit the FOX airwaves for its UFC on FOX 2: "Evans vs. Davis" network television event on Jan. 28, 2012, live from the United Center in Chicago, Illinois.

And in preparation for the official kickoff to the promotion's seven year, $100 million broadcast deal, you can tune into Spike TV for a special presentation of "Unleashed."

Spike TV still has control of the rights to the UFC tape library through 2012, which means it can use any footage at its disposal to help its own ratings -- or hinder those of the UFC and FOX.

All's fair in love and TV.

That means you can expect a block of counter-programming, conveniently titled UFC Unleashed: "Evans vs. Davis" for the (extremely) casual fan who may tune in on Jan. 28 and not know the difference between live and Memorex.

The complete line-up for Spike TV presents: "UFC Unleashed: Evans vs. Davis," after the jump.

Anyone flipping back and forth in between the live action? For more on UFC on FOX 2 click here.