UFC 138: "Leben vs. Munoz" took place this past Saturday night (Nov. 5, 2011) from the LG Arena in Birmingham, England, featuring "The Filipino Wrecking Machine" Mark Munoz putting a hurtin' on "The Crippler" Chris Leben.

And calling out Anderson Silva when he was done.

Renan Barao continued his rise to prominence, notching yet another victory with a first round rear-naked choke submission of Brad Pickett, who couldn't land that "one punch" to end it all.

The Brazilian has now won 28 of his 29 career fights. Dominick Cruz, anyone?

In other action, Thiago Alves scored a submission win over Papy Abedi, Anthony Perosh did the same to Cyrille Diabate and Terry Etim outdid them both with his "Submission of the Night" winning 17-second guillotine of Edward Faaloloto. 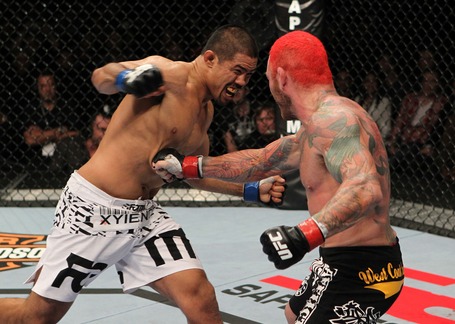 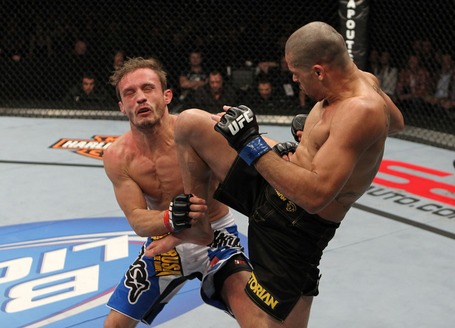 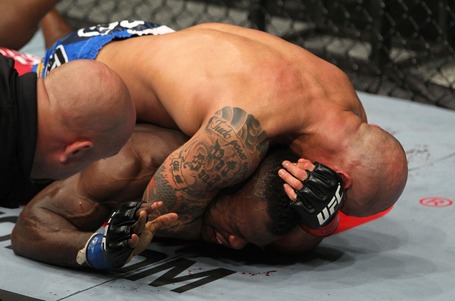 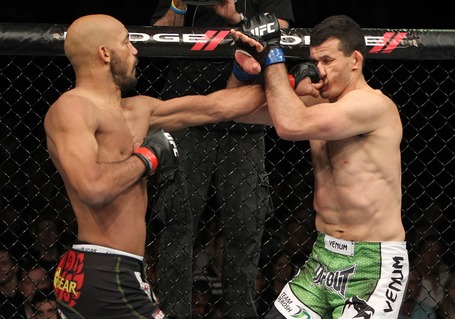 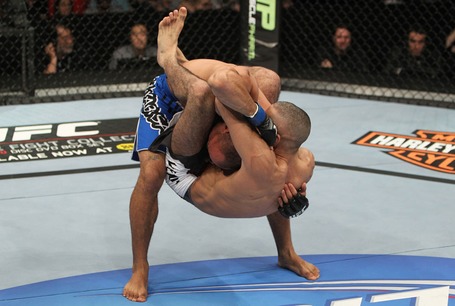