UFC on Versus 6 results: 'Cruz vs Johnson' event photos gallery from Washington D.C.

Share All sharing options for: UFC on Versus 6 results: 'Cruz vs Johnson' event photos gallery from Washington D.C.

UFC on Versus 6: "Cruz vs. Johnson" went down last night, Oct. 1, 2011, from the Verizon Center in Washington D.C. The event featured bantamweight champion Dominick Cruz successfully defending his title for the second time inside the Octagon by gutting out a unanimous decision victory over Demetrious Johson despite a broken hand.

The co-main event featured a giant and a dwarf and while Stefan Struve started slow against Pat Barry, he finished strong with a sweet transition from a guillotine to a triangle choke for the win in the second round.

He even took a powerbomb slam and kept on choking.

In other main card action, Anthony Johnson kicked Charlie Brenneman's head off while Matt Wiman proved once and for all that he's a better fighter than Mac Danzig by working his way to a bloody decision.

Photo gallery from the event (via UFC.com) after the jump. 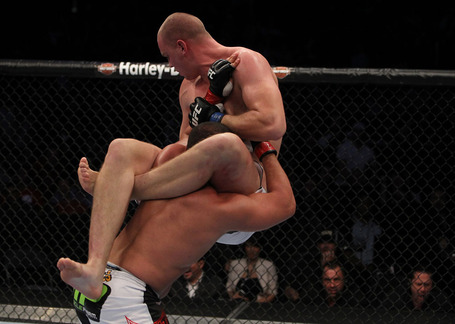 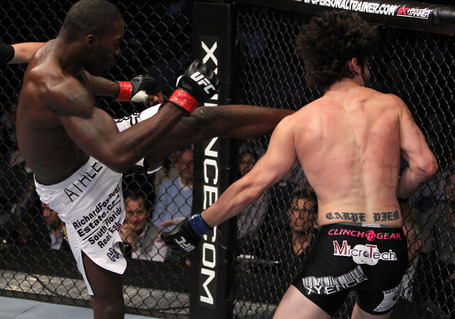 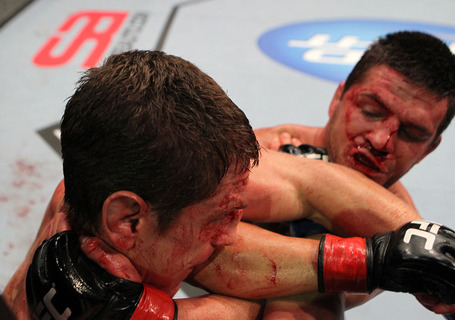 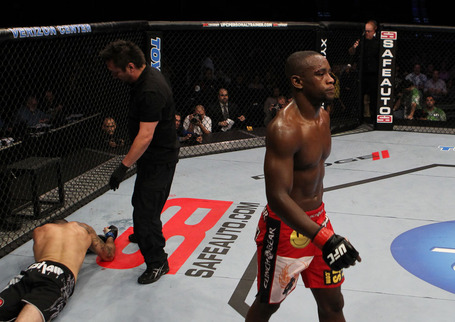 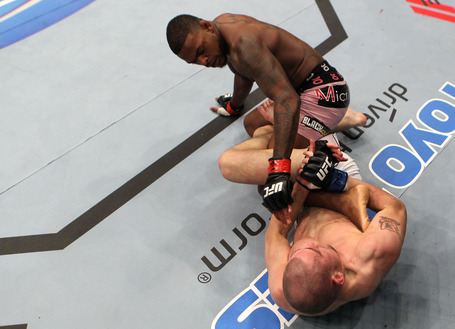 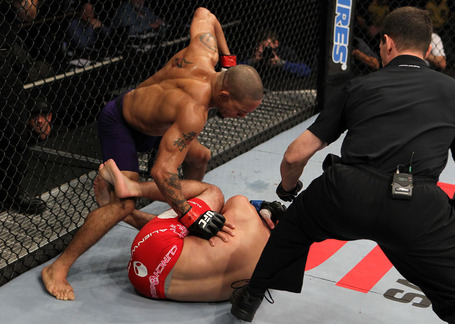 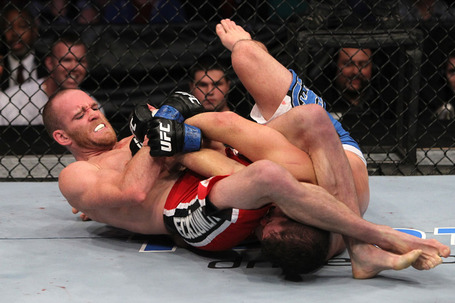 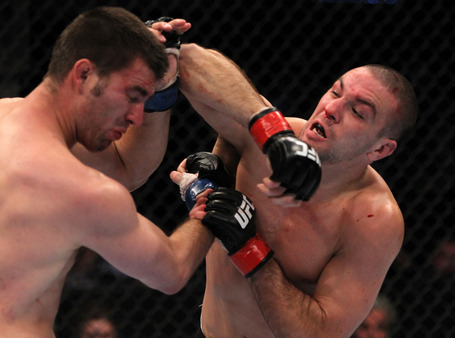 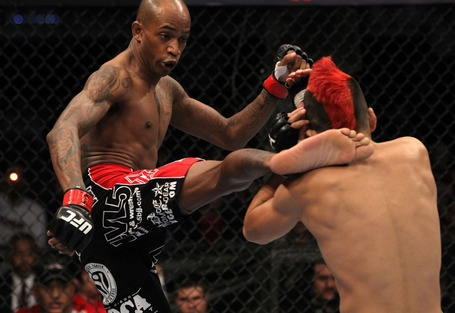