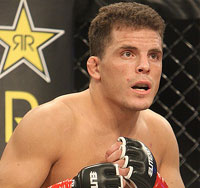 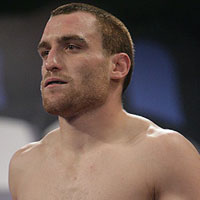 Won't you take a chance on "Fancy Pants?"

A certain San Jose based promotion will as Lyle Beerbohm will take on Pat Healy at Strikeforce Challengers 14, which is set for Feb. 18 at the Cedar Park Center in Austin, Texas, according to MMAWeekly.com.

The Challengers Series has always served as a place for Strikeforce to build young talent while getting them ready for the big show. But how much more grooming does Beerbohm need?

The lightweight wrestler has yet to lose a fight in his professional career, amassing an impressive record of 16-0 spanning just three years in the game.

The Washington native will get the chance to prove he deserves a better spot within the promotion with a main event slot against Healy.

Throughout his career, Pat Healy has been the very definition of "win some, lose some." Each time he manages to string a few wins together, he runs into a tough match-up and "Bam Bam" it falls apart.

That's not to say he's not an accomplished fighter. A ten-year veteran, the Team Quest member has fought in nearly every major promotion, including the UFC and the WEC, while claiming impressive wins against the likes of Dan Hardy, Carlos Condit and Paul Daley.

Will all of that mean anything come fight night? Not necessarily but this is no walk in the park for either fighter.

Strikeforce Challengers 14 has not been officially announced but is expected to take place in Austin, Texas on Feb. 18. Beerbohm vs Healy will be the main event of the evening.

Ryan Couture will also make his return at this event.

Stay tuned to MMAMania.com for more on this still developing fight card.