Jon Jones vs Ryan Bader? 'Darth' not ready to 'rush into anything'

Share All sharing options for: Jon Jones vs Ryan Bader? 'Darth' not ready to 'rush into anything' 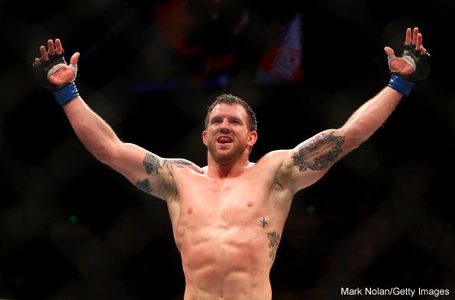 "I'm getting there, I'm young in the sport and I'm in no rush. 205, there's a bunch of tough guys and the title's gonna keep rotating. Anything can happen, we're powerful, quick guys and I see [the title] changing hands a few times. I'm not really rushing into anything, just taking it one fight at a time. You can't start looking towards a title shot, you gotta look at here and now. I got through Nogueira, that's what I was focusing on the whole time. Who knows who's next and we'll figure it out from there."

UFC light heavyweight contender Ryan Bader inches his way closer to a 205-pound title shot after defeating Antonio Rogerio Nogueira at UFC 119 on Sept. 25 in Indianapolis. The TUF 8 champ and undefeated powerhouse may be on a possible collision course with fellow surging prospect Jon Jones but doesn't sound like he's in any big rush to throw down with "Bones." Is there any other match-up in this division that makes sense? Or will these two battle for the next shot at division gold?