How much is the UFC worth?

Share All sharing options for: How much is the UFC worth? 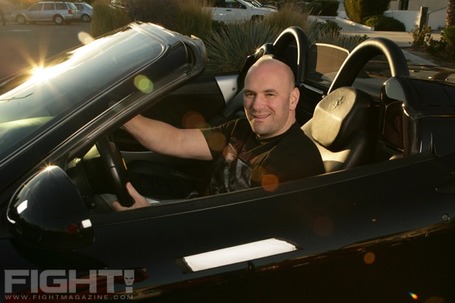 Well, if you ask company president Dana White, and The Indianapolis Star did the other day, he'll say $2.5 billion.

And that massive arbitrary figure is just "scratching the surface:"

"No, it hasn't [exceeded expectations]. I've been saying this since day one, and people really thought I was a lunatic, that this could be the biggest sport in the world. What I am surprised about is how fast this has happened.... We haven't even scratched the surface for how big this thing is going to be. I don't consider us mainstream yet. Mainstream, to me, is if you walked out into the main street of any major city in America and asked them what 'American Idol' is. Everyone can tell you what 'American Idol' is. Not everyone can tell you what UFC is."

Forbes pegged the value of the world's top mixed martial arts promotion at around $1 billion back in 2008, dubbing it the "Ultimate Cash Machine." At the time, it was a staggering figure, considering the Fertitta's made a $2 million gamble on the company when they purchased it in 2001. So is White full of hot air or is it possible that the sky really is the limit?