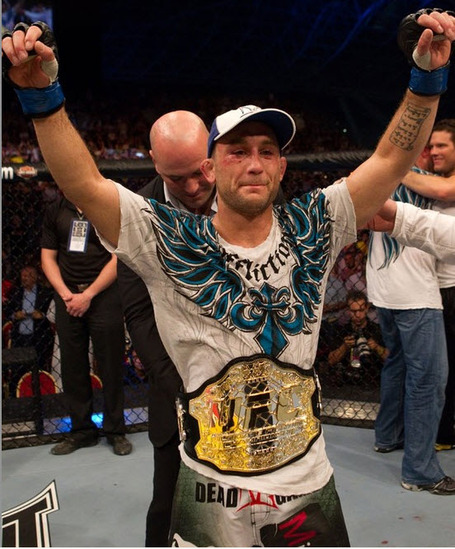 UFC 118: "Edgar vs. Penn 2" from the TD Garden in Boston, Mass., just finished up with Frankie Edgar defending his lightweight title against BJ Penn and Randy Couture defeating the debuting James Toney.

Immediately following the event, promotion president Dana White and a handful of participating fighters will be on hand for the UFC 118 post-fight press conference, which is now embedded below (after the jump) for an approximate 1:30 a.m. ET start time.

A replay will also be available below for those who turn in early or miss the live broadcast altogether.

Be sure to tune in for post-fight reactions from all the major players as well as up-to-the-minute results of all the post-fight bonuses including "Fight of the Night," "Knockout of the Night" and "Submission of the Night."

Check it out below.