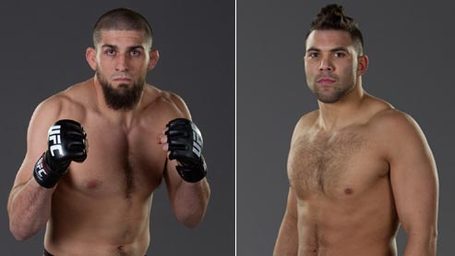 Six weeks of taping and eleven episodes of reality goodness has brought us to this.

Both gentlemen made the most of their second chance after suffering early defeats to put together consecutive wins in the ultimate tournament and gain the right to fight for a six-figure contract with the UFC.

And if any TUF competitor ever earned their keep in the house, it was "Savage."

The Woodbridge, Virginia native fought a record five times in six weeks, going 4-1, and ultimately proving to be one of the grittiest guys in the show's history.

McCray entered the TUF house with a perfect 5-0 mark, never haven been pushed past the first round. It took a lot more than that to make it to the finale, and it will likely take more than that to get by Court McGee.

"The Crusher" came into the show with quite an impressive resume himself, carrying a record of 8-1 with his only loss coming to Jeremy Horn. Yes, that Jeremy Horn.

One of McGee's victims along the way was none other than The Ultimate Fighter (TUF) 9 finalist DaMarques Johnson.

Court being considered the underdog throughout the competition, was, well, obviously a mistake.

McGee's well-rounded game coupled with his sponge-like absorption of Team Liddell's coaching did the Utah bred fighter well. And with a considerable amount of time to take his game to yet another level from the end of taping to the show's finale on June 19, his days as an underdog my very well be over.

So, who do you think takes the crown, McCray or McGee?

Also on tap for the TUF 11 Finale is a showdown between the top two finalists from the Spike TV reality show, as well as a light heavyweight war featuring Keith "The Dean of Mean" Jardine as he inches his way back into the title hunt against Matt "The Hammer" Hamill.

Remember that MMAmania.com will provide LIVE round-by-round, blow-by-blow coverage of the main card action on fight night (Saturday, June 19), which is slated to air at 9 p.m. ET on Spike TV from the Palms Casino Resort. The latest quick updates of the live action will begin to flow earlier than that around 7 p.m. ET with the prelim bouts.

It’s going to be a fun night of fights so don’t miss it. And remember to check us out for all the pre, during and post-fight TUF 11 Finale coverage you can handle.