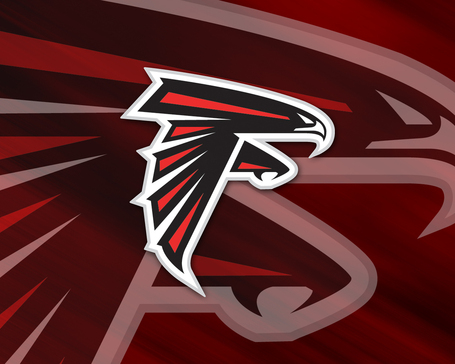 The trend of NFL players working mixed martial arts training into their offseason routine has jumped to another level.

Fox Sports brings news that the Atlanta Falcons are the first NFL franchise to institute team-sponsored MMA training for its players. Over a dozen players are currently partaking in the voluntary workout regimen while a half a dozen or so more guys are expected to join the training soon.

"We're always looking for new and progressive ideas as far as training and offering our team supplements to the athletic performance model we have in place here," said Atlanta Falcons general manager Thomas Dimitroff.

The training camp is run by MMAthletics, a company founded by NFL insider and MMA enthusiast Jay Glazer along with UFC legend Randy Couture.

"If you hit me once, I'm gonna hit you back five times," Glazer said of importing a MMA mentality to the NFL. "When the cage door shuts, your job is to break the will of the man across from you. It's the same with football. When the game starts, essentially that cage door shuts. It's your responsibility not to lose. We find what a player's breaking point is and re-establish it every few days. By the end, football has become easy."

Though the players have only gone through a couple weeks of MMA workouts, Curtis Lofton, the team's star inside linebacker, is already appreciative of the intensity and the conditioning level that the training brings.

"You get some great conditioning out of it. Plus, there's a lot of carryover to what we do on the field. We do some Muay Thai for core-muscle and hip development, wrestling, working on our hands and getting guys off you. We work on body leverage, too, which is important. Whoever is the lowest man controls the other man. It's really intense. This is our second workout for the day. Some of this is just pushing it to do whatever else you've got to do to get better."

Even the head coach of the team, Mike Smith, is embracing this new form of training and is impressed with the early results.

"There's a lot of carry-over to football with some of the disciplines they were talking about -- wrestling, leverage (drills) and martial arts with the kicks to open up hip flexibility. That sparked my interest. I felt if guys were going to go out and do this on their own, why not bring this service into our team and make it available for the guys? I'm very impressed with what's happened the first two weeks. I think the players are really enjoying it. It's just another part of their repertoire of things they can do to prepare themselves for a long 16-game season."

Atlanta Falcons players aren't the only guys in the league who have adopted MMA training into their offseason regimen. All-Pros Brian Cushing of the Houston Texans, Jared Allen of the Minnesota Vikings, and Patrick Willis of the San Francisco 49ers have also taken to mixed martial arts to help improve their overall conditioning levels.

Glazer has also stated that another NFL team that will remain anonymous for the time being will join the fray of MMA training this May. So, you can expect this trend to only grow in the very near future.