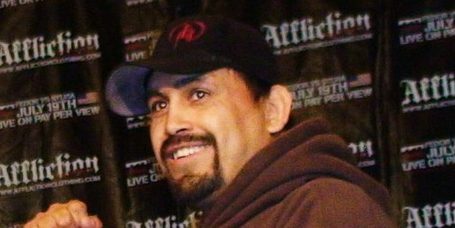 Well traveled mixed martial arts veteran Paul Buentello, who didn't fear the consequences when tapping to Cheick Kongo at last month's UFC on Versus event, is going from head hunter to job hunter after being released from his Zuffa contract according to Five Ounces of Pain.

Buentello was picked from the rubble that was Affliction MMA after "The T-Shirt Guys" imploded under the weight of their own spending (among other things). Following a respectable 3-1 UFC tenure in 2005-06, "The Headhunter" returned to the Octagon at "Penn vs. Sanchez" on Dec. 12, dropping a close majority decision to Stefan Struve.

Back-to-back losses are notorious for landing average fighters on the chopping block and the new era of heavyweights makes it one of the sport's more competitive divisions. At the not-so-tender age of 36, it's hard to make an argument for his spot on a future UFC fight card.

Still, his name carries value in regional promotions and overseas events that will probably keep Buentello busy. He may not be a threat to the title, but he still has power is his hands and a willingness to stand and bang.