Marc Ratner talks about the judging issues that plague MMA

Share All sharing options for: Marc Ratner talks about the judging issues that plague MMA 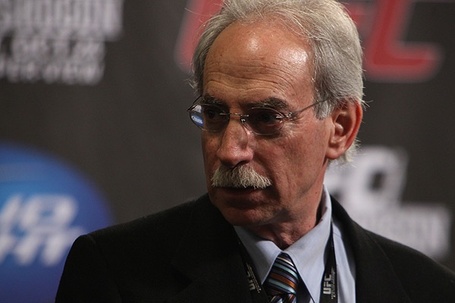 "The toughest part of judging is the grappling and the ground game. Judges have to concentrate and know what they are looking at. In some parts of the country the judges don't get enough work to become consistent. There also is a need for more workshops and seminars. ... I interact on a daily basis with Commissions and I look at videos of all UFC fights that are controversial. As long as we have humans subjectively judging there will always be decisions that are found to be controversial. That goes for all sports: gymnastics, diving, and any other sport that has judging."

Marc Ratner, the UFC's Vice President of Regulatory Affairs, gives his take on what is perhaps the biggest gripe fans have about MMA: judging. As the sport continues to grow and the talent level rises, it's essentially an inevitability that more fights will make it to the scorecards. With a near complete lack of faith amongst the fanbase in those currently assigned to decide so many crucial fights, Ratner calls for workshops and seminars to rectify an issue that has plagued the sport since it's inception. Do you think Ratner's proposal is enough to fix the system currently in place? Or do you have a better idea on how to improve this issue? Have at it, Maniacs.