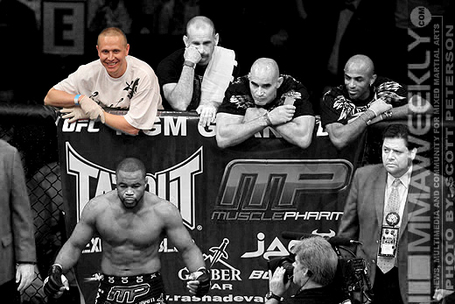 We are now in our third installment of my "Well Rounded" series, diving deep into the sport of mixed martial arts (MMA) and what it takes to become a complete fighter. In Part One I expanded on the topics of Jiu-Jitsu and Discipline and Part Two was an exploration of Muay Thai and Heart.

In Part Three we will be taking a look at the much debated art of wrestling and the importance of coaching.

As mentioned previously, the sport itself is not as simple as it once was. Time has made a huge impact on the sport as well as the interest of the fighters to expand their training into areas that were often forgotten. Some fighters joined our sport after being pushed towards MMA from other sports. Often we will see Olympians and collegiate athletes who make the transition to MMA after being highly successful in their own sport.

A lot of those fighters tend to stay with their old coaches as they also make the conversion to now training in the sport of MMA. That has seen mixed results but the rest of the fighters that do not go that route join major gyms with big-name coaches to help prepare them to smoothly bring their craft into the MMA world.

Our sport has been lucky to have influences from all over the world in forms of martial arts, teachers, trainers and diverse cultures. We've had people like Helio Gracie that have left a lasting print on the very foundation of the sport. Mixed martial arts would be nothing more than two guys fighting in a cage or a ring without people like Helio, who taught that the sport is not just physical. In fact, it's just the opposite. It's as much physical as it is mental, emotional and spiritual.

The Importance of Coaches in MMA 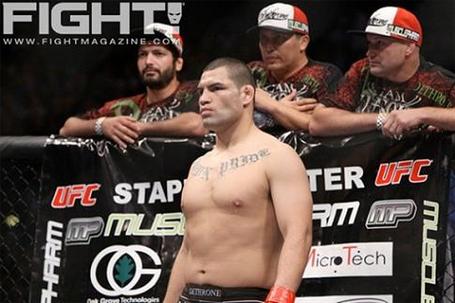 A mentor can go a long way for a fighter, especially when you develop a bond with that mentor to the point where you trust them and never imagine questioning their judgment. Being alone in the MMA world is very dangerous; fighters have fallen prey to the party scene, getting involved with the women, the money, the fame and all that comes with the sport, especially at its highest level.

This is where your coach and trainers come in.

Everyone at one point or another will need an extra push and some extra motivation to continue to move forward or to get out of a bad spot. Every trait we will discuss has there limitations; heart and discipline can only get you so far, but your coach will enable you to progress further. Training involves a lot of physical sacrifice, the heart aspect comes into play when you are mentally tired, mentally exhausted and at that point you need the right people around you to make sure you always stay on track.

But physically motivation is the least important thing on this topic.

Being comfortable in your environment is very crucial. Anyone catching the new season of The Ultimate Fighter (TUF): Team St. Pierre vs. Team Koscheck may have caught a few episodes back when a GSP fighter had pre-fight jitters so they actually went out and emulated a walk out to the cage. All of the components were covered from the actual walk down all the way to fight introductions. That’s what a great trainer will provide; mental stability and will prepare you for every aspect of the fight which goes deeper then just fighting.

Mental instability before fights often leads to negative conclusions. A trainer will keep your mind right, will prepare you to the best of his abilities to succeed inside and outside the cage. Fighters like Thiago Alves have admitted to often being side-tracked and spending far too much time partying. Fighters like Karo Pariysan suffer from mental issues and panic attacks before fights.

A great coach will care most about you as a human being and least about you as an athlete. A great coach will show you winning mentally in your life will far and away surpass winning in any sport; gaining the knowledge, discipline and respect for MMA will be more rewarding then any win loss ratio or any world title. The right coach will take you to meet your potential and give you the opportunity to surpass it even further.

Renzo Gracie once said "To get up everyday is a fight; believe, so fighting is actually the best thing a man can have in his soul."

That sort of teaching is what diversifies a good coach from a great coach. 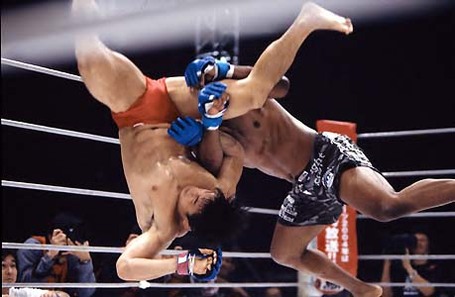 Wrestling has been heavily argued as being the best base to begin with in MMA. Arguments and facts can be thrown in that make this opinion sound very justified. But how exactly did wrestling become so prominent in the sport?

We can sit here for days and talk about the old shoot wrestling or hybrid wrestling from all over the world and how it impacted the jiu-jitsu artists and judokas overseas. We can talk about the professional wrestling influence as well. Instead I chose to discuss the wrestling in North America and how it affected the UFC and most of MMA today.

Dan Severn was a three time All American wrestler from Arizona State University. Severn came in with zero knowledge of anything other then grab, pick up and slam… rinse and repeat. He entered the UFC 4 tournament and rag dolled his first two opponents, choking them both out within a combined three minutes.

He then lost to Royce Gracie.

But the wrestling powerhouse who introduced North American MMA to the great advantages of wrestling was Mark Coleman. Named the "Godfather of Ground & Pound," Coleman came in to the sport for UFC 10 and did the opposite of what Severn did: Instead of lay on his opponent after taking them down Coleman postured up and rained down heavy, savage strikes that made his opponents submit.

Coleman, much like Severn, was a decorated NCAA wrestler and participated in the Olympics. Coleman’s style of wrestling would flourish as he went 6-0 finishing all his opponents in violent fashion making them all submit to strikes or cranking chokes after he beat them down badly.

The UFC first had guys like Severn and Don Frye and later had Coleman and Mark Kerr. But through the years the trend continued with guys like Kevin Randleman and Randy Couture. Long time champions Tito Ortiz and Matt Hughes were both wrestling powerhouses in the Octagon, picking up, slamming and controlling their opponents en route to successful early careers. And to this day we still see wrestling as a great base for the elite athletes like George St. Pierre, Rashad Evans and Cain Velasquez and for up and comers like Ben Askren, Daniel Cormier and Gray Maynard.

Wrestling is so useful in the sport because it allows the fighter to dictate where the fight goes. Does the fighter want to keep it standing? Well, he can keep it there using his sprawl and takedown defense -- but a forgotten trait of good wrestling is using it in reverse. Chuck Liddell and Mirko Cro Cop made a career out of defensive wrestling. Using their sprawl to keep the fight on the feet where they have lethal striking abilities. But what if he does want it to go to the ground? He can make that happen as well by using takedowns and clinch work.

Wrestling also goes hand-in-hand with Brazilian Jiu-Jitsu and other submission arts because it allows you to be in good positions, keep good posture and impose your strength and leverage on your opponent in efforts to secure the stoppage and/or the submission.

There are several different styles of wrestling implored in MMA with Greco-Roman and freestyle wrestling being the most commonly used.

Starting a career in MMA?

A good place to start is learning how to wrestle. Learn a double-leg takedown to get your opponent to the ground and from there train submissions. Learn how to tie someone up and secure a trip. Learn to sprawl and start training in a striking martial art. Learn a single collar tie and learn to box in the clinch.

Want to learn how to stand and trade? First learn how to defend the takedown. What happens when your opponent drags you down? Learn what a switch is and reverse them.

Wrestling just may be the most essential base to martial arts.

Next up we will focus on Boxing in MMA and being part of the right gym. But until then gIve me your opinions on this one Maniacs....