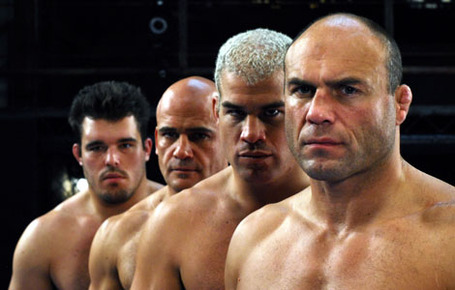 The UFC was born and mixed martial arts (MMA) as a whole was launched in North America. One of the smallest members of the Gracie clan brought the martial art of Brazilian Jiu-Jitsu to the attention of the 86,000 plus who watched that night. Gracie, weighing sub-200 pounds and draped in the signature Gi defeated three opponents that night all by way of submission.

Switch back to the present. MMA is here in full force; getting media attention from ESPN and has been a main topic even in political debate and controversy. Yet the sport is different, it has evolved. MMA has truly become mixed martial arts. Not one discipline rules the sport. Jiu-Jitsu is still alive and well but MMA is no longer defined by it. Now the sport has elite athletes at many disciplines. From Jiu-Jitsu to Muay Thai, Judo to Wrestling.

MMA Mania’s own inspirational fight breakdown writer/fighter Andrew Keller has an excellent post detailing his own personal fight. It is a must read for MMA fans mainly in my opinion because you can see inside the head of someone actually fighting but also because he tells a story he may not even intended to tell. MMA stands for mixed martial arts. Not for BJJ, not for Stand 'N Bang, etc. His fight included triangles, guillotines, take downs, clinching, dirty boxing, leg kicks and punches.

MMA has matured into a sport where not one discipline is enough to compete at an elite level. Recently heavyweight powerhouse and wrestling based fighter Brock Lesnar lost to a more well rounded MMA fighter in Cain Velasquez. Further back, a very well rounded fighter Frankie Edgar beat a legendary B.J. Penn with those all-around skills and a great game plan.

One of the best fighters in the world, George St. Pierre, is highly respected because of his well roundedness, thus his place atop his weight class for such a long period of time. 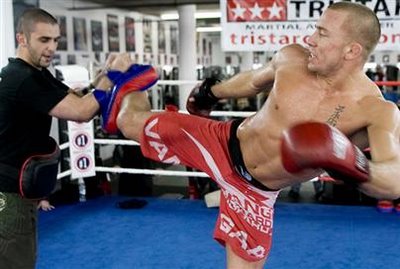 Being focused and dedicated as well as being ready to sacrifice. If you are not ready to do those three things then don’t expect very much success in the sport. You have to be ready to push yourself to the limit, reach that limit and be willing to push further. Ever heard of lifting weights to failure? In MMA you should never have that limit, there shouldn’t be a "to fail" there always has to be more.

Once you lose the drive, you fall behind.

Good discipline? George St. Pierre. Has a drive to always improve, always learn. That’s a key component in a sport that is still so young and always changing. Past warriors like Chuck Liddell, Tito Ortiz and Matt Hughes, who at one time dominated the sport, have been passed by naturally through the evolution of the sport.

Athletes like GSP understand the importance of dedication to the sport. Guys like Ricardo Almeida, Paulo Filho and Ricardo Arona have taken years off from the sport only to return and are surrounded by the new breed of MMA fighters.

No longer can someone get away with solely smothering and hoping for a decision, with pulling guard and grabbing submissions or throwing strikes hoping for a KO. Guys like Chael Sonnen with limited submission defense but a dominating wrestling top game, Cheick Kongo with a very dangerous striking arsenal but limited takedown defense and grappling experience and Thales Leites with a very dangerous guard but limited striking and wrestling abilities.

Mental discipline also plays a huge part in MMA. Guys like Diego Sanchez can be at an elite level when his mind is focused and ready to leave it all in the gym and the cage. Instead, we find that at times "The Nightmare" is unfocused, separated from his lead trainers and losing fights that he should never lose. We have seen B.J. Penn lack the mental drive to truly push himself in training to fully prepare for fights.

To succeed in MMA one of the key elements is self discipline. Raw athleticism will only get you so far in the sport, especially at an elite level. It will give you a great head start; athletes like Anthony Johnson have found success with enormous amounts of letdowns in the process. Both he and Thiago Alves lack the self discipline to make weight, a very unprofessional showing when you have weeks (if not months) to plan for proper weight cuts.

If you don’t have the drive and determination you will only get so far. 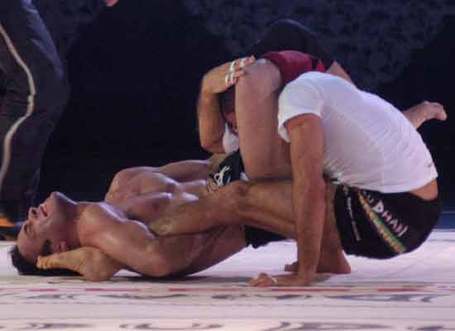 Whether it is "American" or "Brazilian", the martial art of Jiu-Jitsu was the most devastating of the arts for a long time. From Royce Gracie submitting people with unnamed chokes sometimes with the Gi and bone breaking cranks all the way to the Marcelo Garcias, Robert Drysdales and Jacares of the world. Jiu-Jitsu has left its mark on the sport mainly because of the submissions, being as they are one of the two ways the actual fighter can stop a fight.

Since the submission is basically a "checkmate" in the grappling game that part of Jiu-Jitsu is heavily focused upon. What gets left in the dust is the actual grappling aspect of the art. Dominant position is taught diligently in classes, from transitions to sweeps.

Countering is just as important as aggressiveness.

Some fighters like the top game and others playing from their guard. But aside from submissions which are the more highlighted aspects of the style the countering, sweeps and transitions are played similar to that of a chess game. You bait people, play mind games, set up submissions 2-3 moves ahead and often the best strategist are the best Jiu-Jitsu players.

Jiu-Jitsu in itself has a lot of styles within it.

Of course the traditional martial art that is most often referenced is the old school style the Gracies brought to America. However, as the sport is growing more and more innovative, teachers are developing their own styles. Eddie Bravo, an American practitioner, submitted Royler Gracie when he was a brown belt in the most prestigious Jiu-Jitsu competition, the Abu Dhabi Combat Club’s (ADCC) submission wrestling championship.

Bravo that night introduced us all to the "Rubber Guard" when he submitted the highly touted Royler Gracie by triangle choke. Dave Camarillo blended his lifelong discipline of Judo with teachings of Gracie Jiu-Jitsu and formed his style named "Guerilla Jitsu," which has been a very technical style of submission wrestling.

The benefits of Jiu-Jitsu are plentiful; wrestlers who decide to shoot in are in danger of chokes and when they succeed in getting it to the ground they are now in danger of joint locks or being swept so the wrestler is on his back.

Jiu-Jitsu is also effective versus strikers when the fight hits the ground. Strikers want to inflict damage using strikes which would leave them open for not only sweeps but arm bars and leg locks as well as the choke. Even with all those benefits, Jiu-Jitsu is not enough to compete at elite levels.

Jiu-Jitsu fighters must train in other styles. They must learn to strike to set up the guard pull or takedown, they have to learn striking defense to be able to get within clinch range and they have to train in wrestling to gain their own takedowns and to defend them.

Anderson Silva pulled a switch on Nate Marquadt that enabled him to escape danger even though he has a dangerous bottom game. That wrestling based move allowed Anderson to get on top of Nate and be in a more advantageous position.

Luckily for the lovers and advocates of Jiu Jitsu the discipline is still improving. With the use of new moves, skills and positions like the X-Guard popularized by Marcelo Garcia and heavily utilized by Wilson Reis, the Butterfly guard made popular by B.J. Penn and the Eddie Bravo set up the "Lock-Down" used from half guard.

Stay tuned for Part Two featuring two more ingredients for the recipe of being well rounded in MMA. We will focus on Heart and Muay Thai.