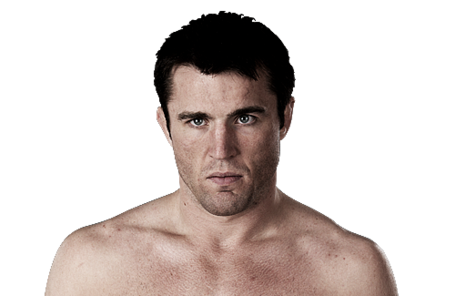 But will the argument have enough juice to convince the California State Athletic Commission (CSAC)?

That's one of the questions being posed by our SB Nation colleagues over at Cageside Seats, after Dave Meltzer brought word that "Sonnen would argue based on being medically prescribed testosterone due to a low level in his system."

The former UFC middleweight number one contender is currently staring down the barrel of a one-year suspension plus a $2,500 fine after getting popped for Performance Enhancing Drugs (PED's) in a test administered prior to last August's UFC 117: "Silva vs. Sonnen" title fight at the Oracle Arena in Oakland, California.

Sonnen's pre-fight drug test, obtained from a urine sample that was processed through the UCLA Olympic drug-testing lab, returned a positive result for steroids on both his first and second samples.

In fact, the mouthy ex-Realtor even told CSAC executive director George Dodd he used an illegal performance enhancing drug the day before his "Spider" fight.

As Larry Pepe speculated in the fallout of his post-fight drug test, the likelihood that Sonnen was taking steroids seemed less likely than the possibility that he was on Testosterone Replacement Therapy (TRT), which is not uncommon for athletes his age and with his competitive background.

However, the bloodhounds at Cageside tracked down Keith Kizer to get the scoop on Sonnen's history of pre-fight disclosure.

Unfortunately, they came up snake eyes on that roll:

Sonnen fought Nate Marquardt in Nevada this past February, after the Okami fight, so I called Keith Kizer, Executive Director of the Nevada commission.  According to Kizer, Sonnen never applied or was approved for testosterone replacement therapy (TRT).  Not in February or any of his previous fights in Nevada.  Before the Marquardt fight, he applied and was approved for Soma/carisprodol (a muscle relaxer recently banned completely by WWE because it can cause intoxication while others don't and are more effective) for sleep as long as he didn't take it the night before and doxycyline (an antibiotic) for acne.

That history could hurt Sonnen's TRT defense, if he was in fact planning on using it, but questions also remain about his motive. Was Sonnen guilty of enhancing his performance? Or simply forgetting to follow the correct protocol?

Sonnen's appeal to the CSAC will be heard on Dec. 2 in Sacramento. We'll keep you updated on any developments to his upcoming hearing as they become available.

In the meantime, what's your take on the TRT defense?