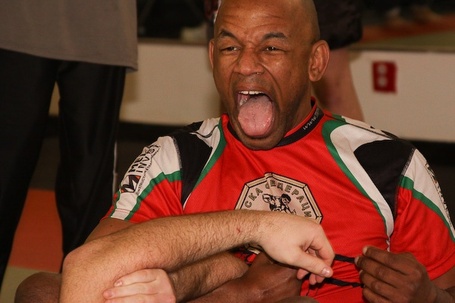 I've been fighting for 25 years. No matter how good you are, how great you are, you are replaceable. And there comes a time when you have to stop. There comes a time when you have to make a decision what's best for you. I lost five fights in a row. When you take it to the decision it happens, but I'm 38 years old. My body hurts. I may look doing some pro wrestling, and I think MMA fights won' mind. Ring announcing, commentating, refereeing, but definitely not judging. If someone offers me a superfight, with good money, I might consider doing MMA again. ... I don't want to get knocked out 5 or 6 times in a row. I don't want to cry. I'm entirely pleased with all those years I've been competing. A lot of fighters don't know when to end their career.

Shonie Carter, a veteran of 89 professional fights, laments about his storied career coming to a close. His recent defeat at the hands of Jeremy Knafo at IFC: Genesis drove his losing streak to five and eight of his last ten overall. "Mr. International" has seen it all and done even more throughout his 25 years in the sport. Now it appears he may be taking on a career path more in tune with his larger than life persona as opposed to his seemingly diminishing abilities as an athlete. What do you think, Maniacs? Is Shonie doing the right thing by (potentially) pursuing a pro wrestling career? Or would you rather see him remain involved in MMA in some form or capacity?