Lesnar camp: Brock felt 'really bad' about decision to pull out of UFC 106

Share All sharing options for: Lesnar camp: Brock felt 'really bad' about decision to pull out of UFC 106 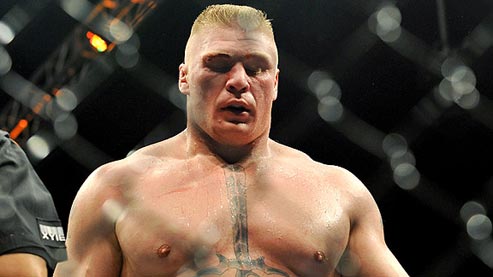 "He actually practiced (Sunday) and thought he might be feeling alright. He said, ‘Wow, I think I’m doing OK today.' (Monday) he got here and it was the same old stuff — fatiguing right away, not being all there. After practice we were all sitting around, we were actually going to come back later at night to work out again, and he basically told us, ‘Hey guys, I’m going to pull out of this thing. There’s a lot of cases of (swine flu) around here. I don’t want to say it’s that for sure, but it wouldn’t surprise me. He was very excited for this fight. He was always in good spirits. I could tell he was kind of let down today and he told us he felt really bad."

Chris Tuchscherer, friend and team mate of current UFC Heavyweight Champion Brock Lesnar, recalls the events that led up to the champ's decision to withdraw from his UFC 106 main event title fight against Shane Carwin on Nov. 21. Lesnar was reportedly sick for weeks and unable to prepare for his pending title defense, prompting him to withdraw from the card altogether as the clock was winding down. The UFC is trying to move the fight to UFC 108 on Jan. 2. Does that mean we get a super-sized show that not only features the former WWE star, but the elbow-impaired Anderson Silva as well? Or does the inclusion of the pay-per-view friendly Lesnar give the UFC a reason to postpone "The Spider's" bout with Vitor Belfort? Still a lot of debris to sift through. Thoughts?