Share All sharing options for: MMA Quick Quote: Sean Salmon in hot water in Ohio for taking a dive 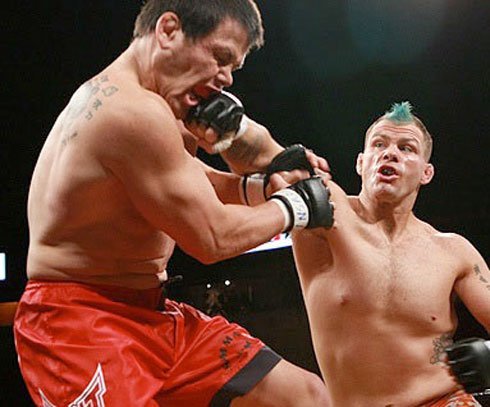 -- Ohio State Athletic Commission Executive Director Bernie Profato tells ESPN.com that he's none too pleased with an admission from former UFC veteran, Sean Salmon, that he "gave" Allan Weickert an armbar submission win in a June 3 bout in Ohio to avoid further damage. Salmon, who is perhaps best known for a brutal knockout loss to Rashad Evans, apparently had much more important work to do in the near future as a training partner for Michael Bisping and Cheick Kongo and did not want to risk injury. His admission set off a firestorm on the message boards among mixed martial arts purists and he has since attempted to clarify his incendiary remarks. He'll have to plead his case to Profato and the Commission in an Oct. 14 hearing, during which he could face serious repercussions. And if he does get banned in the "Buckeye State" it could be a major blow to his career -- Salmon is an Ohio native who also operates an MMA facility in the area, S.S. Combat & Fitness Center.