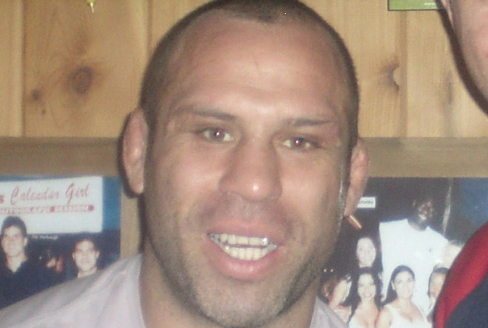 MMAmania.com (www.mmamania.com) has been able to confirm with sources inside the Wanderlei Silva camp that "The Axe Murderer" has recently undergone a medical procedure.

Silva is expected to make an announcement on his official Web site (www.wandfightteam.com) in the next few days to further discuss the procedure and reveal a timetable for his Octagon return.

Rumors began to circulate earlier this week after Michael Bisping posted an entry on his official blog stating that a potential fight against the Brazilian at UFC 105 was now off the table as a result of facial surgery.

"Quick update on the potential Wanderlei Silva fight. Unfortunately thats not gonna happen. He's undergone facial surgery, so obviously won't be fighting in the near future. Rumours are he's actually out for the rest of the year. So as of right now, Im still unaware of who I'll be facing at UFC 105. Obviously as stated before, when I know, you know."

Silva has over 40 professional fights since his debut in 1996 and countless others in smaller and undocumented promotions. Wandy is notorious for his crowd-pleasing wars but over time the physical abuse had obviously taken its toll.

And anyone familiar with Silva's training style can tell you it's just as intense and abusive as actually competing.

Stay tuned for more information and a health update on the former PRIDE champion as it becomes available in the next few days.