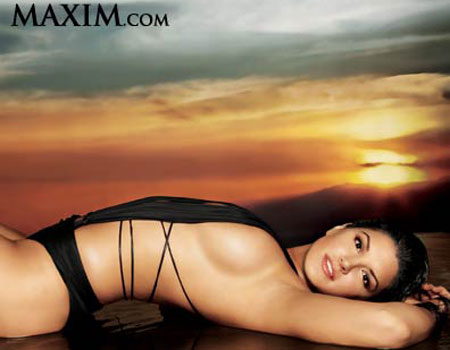 "Come on kiddies! Listen to the whole interview. The sex tape thing was OBVIOUSLY a joke response to a listener's question. I said that a bunch of times. I also didn't say she should train with me, but Master Chan, her old Muay Thai coach. And I never called out any of the Xtreme Fashion guys. I actually said they were all gnarly fighters. Lastly, I said Tompkins was proficient at get someone in shape and simply lacks technical Muay Thai skills. Good twisting though."

Kit Cope, who is perhaps best known for MTV's "True Life: I'm a Muay Thai Fighter," attempts to clarify recent remarks made in radio interview, during which he hinted that a sex tape existed with ex-girlfriend Gina Carano. The one-fight UFC veteran backtracks on the provocative claim, saying it was all just in good fun. Cope and Carano broke up about two years ago -- well before Carano became the pretty face of female mixed martial arts. She's about to put that pretty face on the line and battle Chute Boxe wrecking machine Cristiane "Cyborg" Santos for the first-ever Strikeforce female world title on Aug. 15. Carano is more than likely not amused with Cope's "joke," which set the message boards on the Interwebs ablaze for the past few days, just three weeks before the biggest fight of her career. Distraction?