Get down or get out: UFC establishes hard line on fights between teammates

Share All sharing options for: Get down or get out: UFC establishes hard line on fights between teammates 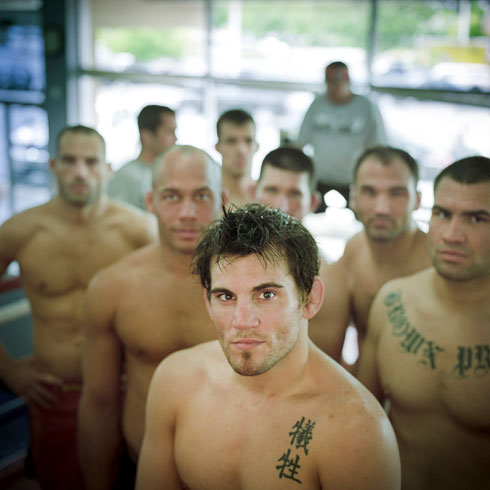 As the UFC expands, several major camps have distinguished themselves from the rest, building strong stables of fighters focused on proving themselves as top contenders in their respective divisions.

Camps like Xtreme Couture, Greg Jackson’s MMA, American Kickboxing Academy (AKA) and American Top Team, among others, have developed into MMA powerhouses. In the process, they’ve also developed strong ties between teammates who, more often than not, refuse to fight one another.

Thus far, this hasn’t presented very many problems, except perhaps for Diego Sanchez, who as a welterweight left Greg Jackson’s camp when it started a partnership with welterweight champion Georges St. Pierre. From Sanchez’s perspective, he was gunning for St. Pierre’s belt and felt he couldn’t train with his would-be opponent.

But beyond that, several fighters have openly stated that they refuse to fight teammates; however, it may only be a matter of time before they will have to, according to UFC Co-owner and CEO Lorenzo Fertitta.

While Fertitta might be taking the hard-line approach, it makes sense from a business perspective. The UFC wants to put on the best fights, regardless of who likes who.

That didn’t stop current contender Mike Swick from dropping from middleweight to welterweight in early 2008, despite the fact that two of his AKA teammates, Jon Fitch and Josh Koscheck, were top contenders in the division at the time.

The three have been vocal in the past about refusing to fight one another, as Fitch recently stated, "I want the best for my teammates and my friends, and still, there’s plenty of good fights to be had out there. It’s not like if [Swick] wins the belt my entire fighting career is over. There’s a number of guys that I could fight and could be happy fighting at 170 in the UFC."

Greg Jackson light heavyweight teammates Rashad Evans and Keith Jardine have also said that they would not fight one another — even in the lead-up to UFC 96, when Jardine fought Quinton "Rampage" Jackson to decide the number one light heavyweight contender. Jardine lost that fight, but had he won, it’s anyone’s guess if he would have stuck to his guns and refused a title shot against then-champion Evans.

Black House teammates Anderson Silva and Lyoto Machida, both champions in their respective divisions, have also stated their refusal to fight one another. Middleweight champion Silva, who competes in both the 185 and 205-pound divisions, went so far as to say that he was not interested in challenging for the light heavyweight strap, because he saw it as already belonging to his teammate, Machida — this an entire year before "The Dragon" even challenged for the light heavyweight title.

Talk about confidence in your mates ... not to mention foresight.

So what do you think? Do you think teammates should put their friendships aside and fight one another, if and when they are asked?

Keep in mind logistical concerns, such as shared space when training, which coaches and training partners corner which fighters, and how to develop fight strategies when your opponent might be in the next room.

Or do you think the UFC needs to better understand the loyalty that exists between fighters from the same camp? Fighting, after all, is a lot more than dollars and cents.