Kimbo Slice: 'I don't mind being a gatekeeper' for UFC heavyweight division

Share All sharing options for: Kimbo Slice: 'I don't mind being a gatekeeper' for UFC heavyweight division 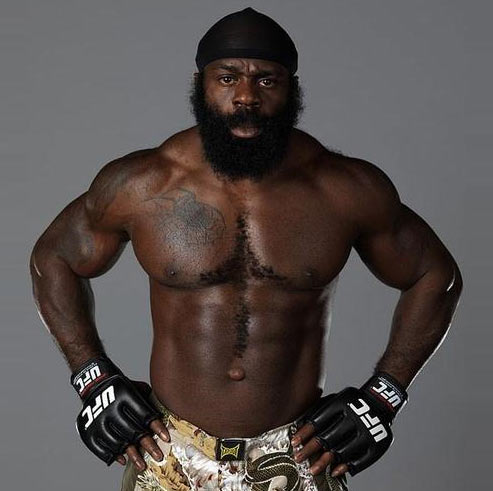 "I guess it’s safe to say I don’t mind being a gatekeeper. Eventually, you got something you want to get. A drive for something, you know what I'm saying? And I guess I'm still searching for that inner me, I'm still searching for something. Until I find it, and until my fire is done, I'm a fighter.... Eventually, you want that title around your waist, that's eventually the goal. But it don't happen, just line them up."

Less than confident words from the preseason star of The Ultimate Fighter (TUF) 10, Kimbo Slice. UFC President Dana White shocked the mixed martial arts community not too long ago, announcing that the former bareknuckle Miami street brawler had taken him up on his offer to compete on the tournament-style Spike TV-produced program. His timing may not be the best -- TUF 10 features former IFL champion, Roy Nelson, UFC veteran Wes Sims and several former NFL players, among others. So will Slice prove White (who predicted he would never win a TUF show back in Oct. 2008 when he first made the bold offer) and all the other doubters wrong or can he hang with the big boys? Find out on Sept. 16, 2009, at 10 p.m. ET on Spike TV. For now, have at it in the comments section below.