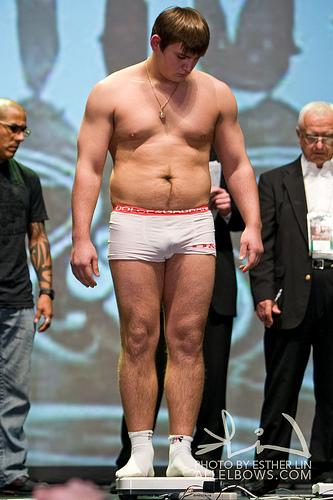 "Kirill Sidelnikov, who last competed at Affliction's Day of Reckoning event on January 24, has been suspended for testing positive for Stanozolol. The suspension period is retroactive to the conclusion of the bout on January 24 and runs through January 18, 2010. He has been fined $2,500. The mere presence of Stanozolol in the system constitutes a violation under the new testing procedures for CSAC."

Don't really know what to think about that. Maybe he was young and stupid and his cousin injected the juice but didn't know how to do it right. Another amateur hour, perhaps? Sidelnikov lost his bout to Paul "The Headhunter" Buentello via bruising third round technical knockout at Affliction: "Day of Reckoning" on Jan. 24.