Share All sharing options for: UFC Quick Quote: Wanderlei Silva on his 'incredible' fight against Rich Franklin at UFC 99 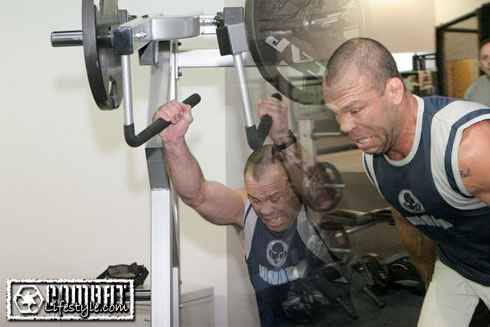 "... incredible, because he is the last champion before Anderson. He is a great fighter, a complete fighter and it is a good first fight for me in this division.... I didn’t see this fight [with Henderson] but I have seen two or three of his fights. He is complete - good ground, good stand-up, good takedowns, and I think he is a very good fight for me. I am bringing in several sparring partners from Brazil that are also complete fighters, I will be ready for him."

-- Wanderlei Silva talks to Fighters Only Magazine about his upcoming fight against Rich Franklin at UFC 99 from the the Lanxess Arena in Cologne, Germany, on June 13. "The Axe Murderer" is confident that he will be able to handle the weight cut to the proposed catchweight of 195 pounds, which could serve as a precursor to future fights at middleweight. This is a big fight for the Brazilian -- he has dropped four of his last five fights -- against a very tough opponent. He needs a win bad ... especially if he does indeed have true aspirations on one day becoming a coach on The Ultimate Fighter.