Share All sharing options for: Randy Couture turns down fight against 'Minotauro' Nogueira because of minor elbow surgery 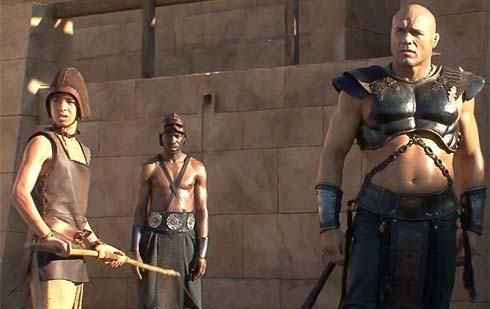 "I had to. Had to have my left elbow scoped. There were two loose bodies in there! Old nagging injury."

Former UFC Heavyweight Champion Randy Couture had to decline a fight against former interim division kingpin Antonio Rodrigo "Minotauro" Nogueira in the first half of 2009 because of an elbow injury. "The Natural" had two "abnormally large bone spurs" sucked out of his wing following his loss to Brock Lesnar at UFC 91: "Couture vs. Lesnar" in November 2008. Pairing Couture against Nogueira is a fight that makes sense, but this latest development bolsters the idea that it wouldn’t happen until summer 2009 at the earliest — Couture is also obligated to a six-week production schedule because of his new acting role in "The Expendables."