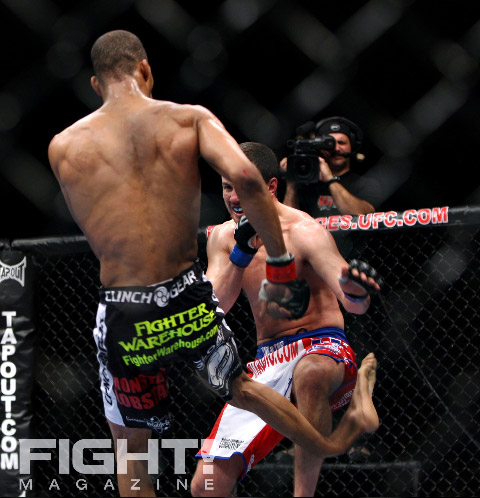 Corey Hill — the lanky and likable contestant from season five of The Ultimate Fighter (TUF) — sustained a catastrophic leg injury during his fight against Dale Hartt at UFC Fight Night 16: "Fight for the Troops" last night at the Crown Coliseum in Fayetteville, North Carolina.

Hartt apparently checked a leg kick from Hill early in the second round, which snapped the 6'4" Miletich-trained fighter's shin. It is a terribly graphic and unfortunate injury that will more than likely keep him sidelined for a very long time.

We wish him a speedy and full recovery.

Hill stopped Joe Veres via technical knockout in his Octagon debut at UFC Fight Night 12 back in January. He dropped his next fight against Justin Buchholz at UFC 86 on July 5.

We'll provide and update on Hill's health as soon as possible. For the rest of the "Fight for the Troops" results click here and here.