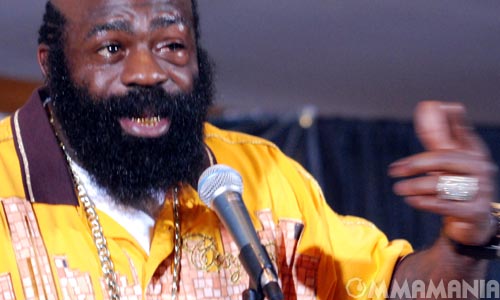 There are no words to describe what the hell happened tonight at the BankAtlantic Center in Sunrise, Fla., for the Elite XC: "Heat" CBS special of "Saturday Night Fights."

No, seriously ... no words. But I alone (separate from the site) will vent nonetheless.

Scratch all the nice undercard bouts. Scratch a former UFC champion, Andrei Arlovski, rebounding from a scary first round against Roy Nelson to score a sweet second round knockout. Scratch Jake Shields defending his 170-pound title for the first time ever against a very game opponent in Paul Daley. And scratch Gina Carano toppling Kerry Kobald via unanimous decision in a much ballyhood featured bout.

But whatever you do, don't scratch Seth Petruzelli. The same Seth Petruzelli who could not emerge from exposure on the wldly successful The Ultimate Fighter (TUF) program to become a successful mixed martial artist.

Because who needs Spike TV and the UFC when there is CBS and Elite XC?

Excuse me, but what the fuck happened tonight? This is a blog, but rarely do we -- or me for that matter -- take the time to express unbridled opinion. Tonight is a little different.

Make no mistake, Petruzelli answered the call this evening, agreeing to fight promotional poster boy, Kimbo Slice, in the main event of the evening when Ken Shamrock bailed out literally hours from showtime. He should be commended for the decision and more than likely will reap the rewards for it at least until his next fight.

I hate words. And I hate rehashing the entire situation.

However, what Elite XC did tonight was essentially network suicide. "The Silverback" -- in replace of an aged and purposely overmatched Shamrock -- went out and stopped Slice ... the man that promotion had gone to great lengths to protect -- in less than 30 seconds.

What the fuck ... Petruzelli?

This is MMA where anything can and often does happen. However, it's beyond me how a dude like Petruzelli is somehow promoted to a national stage on literally hours notice and then defeats a guy like Slice who has been portrayed as a posterboy for the sport.

Hindsight is 20/20. And when Shamrock bailed because of an injury in the eleventh hour, there's no question the Pro Elite brass was stuck between a rock and a hard place. In fact, for those who call the organization "crooked" this is proof postive that there is no foul play involved.

But no ... Petruzelli comes in and -- in the eyes of the millions of viewers nationwide -- smashes Kimbo.

Listen, Elite XC has some great fighters and is a solid promotion that attempts to put on good fights -- look no further than the welterweight championship fight tonight.

But when the company hitches its wagon to an aging Shamrock -- with the hopes of building its most bankable star -- and gets burned so hard like it did tonight heads need to roll.

Tonight was an absolute joke because of the main event and nothing else.

Keep in mind part of me realizes that Slice wins this fight nine times out of 10. But tonight he lost and so did Elite XC and the fans watching nationwide. This loss, quite honestly, should not count against Slice (as did Seth) because he was man enough to take on an opponent on literally minutes notice.

No one does that. Not when it comes to a professional MMA organization, anyway.

And that's the major problem here ... not Kimbo or his loss. Tonight was a massive blunder that this writer feels borders on retarded (you heard that Jared Shaw) ... something with which UFC President Dana White would more than likely agree.

You get the feeling that, when piss comes to squat, Elite XC, including Kimbo, just can't win no matter who or what is in front of them. And maybe in the grand scheme of things that's not such a bad thing after all.

Unless your Seth Petruzelli.