Frank Mir: 'I dont have Fedor being in the top' P4P MMA rankings

Share All sharing options for: Frank Mir: 'I dont have Fedor being in the top' P4P MMA rankings 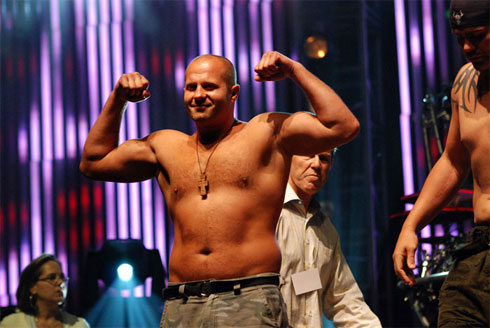 "I don't have Fedor being in the top ... I don't have him above B.J. Penn, St. Pierre. I think that if all those guys weighed 155 pounds, that Fedor can't beat B.J., he can't beat Georges St. Pierre, and that's what pound for pound means. It means that if they were exactly the same size. I think that some people are a little misunderstanding of that whole idea."

Former UFC heavyweight champion Frank Mir takes exception to the pound-for-pound ranking of Fedor Emelianenko on the recent top 10 list released by ESPN (fan votes were responsible for the order). He argues that the term is often misunderstood among those who attempt to create such lists. For example, Mir feels that a fighter such as WEC Bantamweight Champion Miguel Torres -- who can compete at several different weight classes and likely be successful -- should be top two or three. UFC Middleweight Champion Anderson Silva received 49 percent of the votes to take the top spot and Fedor -- who came in second -- tallied 40 percent of first place nominations.