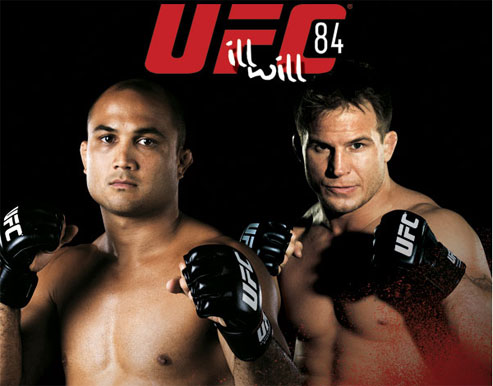 In addition, Spike TV will feature a full day of mixed martial arts programming that begins at 4 p.m. ET with a rebroadcast of UFC Fight Night 14: "Silva vs. Irvin" special that is set to take place on Saturday, July 19.

Those who follow this sport know that the UFC hastily put together the UFC Fight Night 14 show to likely draw interest away from the debut of Affliction: "Banned" on PPV the same night. It has been billed as an opportunity to watch the best pound-for-pound fighter in the world strut his stuff on free television.

That's a nice sell for those who don't want to pony up $39.95 to get their fight fix that night.

And of course on July 26 -- the same night as the UFC 84 showing -- Elite XC is set to trot out its latest live network television special on CBS dubbed, "Unfinished Business."

It's likely no coincidence -- the UFC counter programmed the Elite XC May 31 debut show on CBS with a tribute to perhaps the most popular mixed martial artist on the planet, Chuck LIddell, called "Ultimate Iceman."

Who says competition is a bad thing?