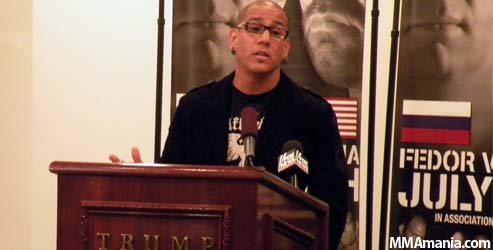 "It's just an example of how they want to control everything but at the same time it's flattering as well. I guess they do view us as threat ... absolutely."

-- MMARated.com captures the initial reaction of Affliction MMA Vice President of Entertainment, Tom Atencio, regarding the surprising news that the UFC has put together a free night of fights on less than five weeks notice the same night the upstart mixed martial arts promotion has planned its first-ever pay-per-view (PPV) event. It's a move that could significantly impact buys on July 19, which Affliction MMA is banking on to offset its large payroll and production costs. UFC President Dana White, however, recently denied that UFC Fight Night 14 was a counter programming maneuver, saying that he is simply "giving the fans what they want. And Silva just wants to fight more."