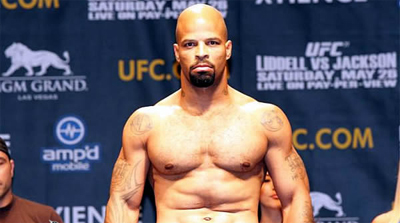 "Actually I have been training jiu-jitsu with Bob Shermer, who's one of the best jiu-jitsu guys in the world. Just for some reason during this bad, bad period I was in the ring I totally just spaced off all of what I've learned during those three months. It's not like I don't know any jiu-jitsu, because I actually do and I'm actually really good at it. But at that particular moment there was nothing, and I was not myself, so that's why I was having a bad day, because I wasn't my bad self. I've had harder fights in the gym then what I did in the ring that day."

-- Knockout artist Houston Alexander reflects on the possible reasons he was stopped by Thiago Silva at UFC 78: "Validation" on November 17 via PunchDrunkGamer.com. Prior to the loss he had stopped Keith Jardine and Alessio Sakara in less than two minutes combined. It's important to note that the Nebraskan offered up no excuses for the technical knockout defeat and was back training the very next day.