Share All sharing options for: UFC Quick Quote: WEC deal will be bigger than PRIDE FC 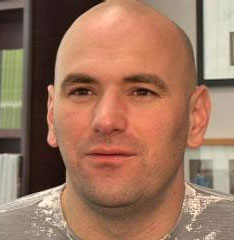 "You acquire another company when they have things that you need or things that you want. The WEC was a small little show in California. They had a good reputation, and they had a good relationship with this Indian reservation at the time. When I went in and bought that company, I had a completely different idea for the WEC. But when I acquired them, we ended up doing something else with them. We ended up putting it on Versus Network and doing a deal with the Hard Rock in Las Vegas. You never know; you might buy a company for one reason, and you might hit it right somewhere else. That WEC deal will be way bigger than the Pride [a premier fight promotion company in Japan] deal, believe it or not."

-- UFC President Dana White tells Entrepreneur.com that the recent acquisition of the World Extreme Cagefighting (WEC) promotion will be bigger than the more recent Zuffa purchase of PRIDE FC.