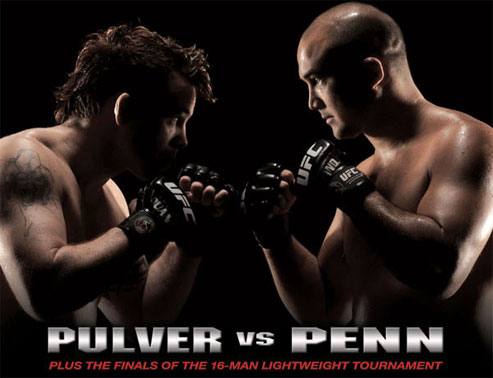 Spike television network will air a special tonight entitled, "Bad Blood: B.J. Penn vs. Jens Pulver," at 11:30 p.m. to promote the upcoming showdown between the two coaches on this season of The Ultimate Fighter.

Pulver and Penn will rematch this upcoming Saturday, June 23, in a lightweight bout that will headline the TUF 5 Finale that is set to begin live at 9 p.m. from "The Pearl" in Las Vegas, Nevada.

The two first met back in 2002 at UFC 35 with Pulver pouring it on late to earn a majority decision after the five-round title fight.

It is a result that is still a sore point for B.J., who talks constantly about wanting to be the man who retires Pulver and come "full circle" by defeating the man who handed him his first career loss.

These two really don't like each other -- it's not just some talk to pump a fight. Will the two bury the hatchet after the fight? Maybe.

But for now this is one of the best rivalries going on in the UFC. It'll be a treat to see all the background and drama played out full bore on television tonight.