Kizer: 'No denial' was ever made regarding Frank Mir at UFC74

Share All sharing options for: Kizer: 'No denial' was ever made regarding Frank Mir at UFC74 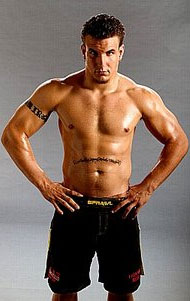 We passed along a report not too long ago that former heavyweight champions Tim Sylvia and Frank Mir would rematch at UFC 74 on August 25 in Las Vegas, Nevada.

However, over the weekend MMAWeekly.com took down that rumor from its Web site and now has Sylvia vs. an unnamed opponent. There is now tons of Internet chatter today that the Nevada State Athletic Commission (NSAC) will not let the two fight because Mir is incapable of fighting an opponent the "caliber" of the "Maine-iac," particularly after his bad loss to Brandon Vera at UFC 65.

It sounded a little funny to me ... so I contacted the NSAC Executive Director, Keith Kizer, directly earlier this afternoon. He was kind enough to issue a response.

"That fight [Silvia-Mir II] has not been presented to me, and thus no 'denial' has been made. I was asked about the match-up by a reporter and said I would have a hard time approving that fight unless I see a quality win from Mr. Mir first. However, I will keep an open mind. Please note that I approved Mir vs. Hardonk a short while back. I still think that would be a good match-up."

I guess it's hard to nix a fight that never was even presented -- the rematch was clearly just a rumor. And, Kizer vows to keep an "open mind" if the UFC ever does put it on the table.

Mir recently had to pull out of his fight with Antoni Hardonk at UFC Fight Night 9 with a shoulder injury. Similarly, Sylvia is on the mend from back surgery.

In hindsight, it appears that an August showdown was perhaps jumping the gun.

However, even if both heal up before that time (Mir is scheduled to face Babalu in a grappling match on June 22), there is still a possibility that these two could fight.

The door has not been totally closed.