Share All sharing options for: Dana White: ‘PRIDE threw away the biggest fight in MMA history' 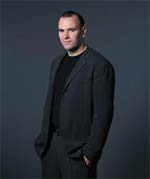 With his knockout defeat this weekend at PRIDE 33 to Dan Henderson (22-5), Wanderlei Silva (31-7-1) is riding a two-fight losing streak for the first time in his storied 10-year professional career.

Of course, the two losses are to perhaps the top fighters in their respective weight classes in the world.

Regardless, "The Axe Murderer" is not supposed to get knocked out — not when PRIDE officials and its golden boy have been extremely vocal that he will crush UFC Light Heavyweight Champion Chuck Liddell if the two ever meet.

According to an interview with the Canadian Press, UFC President Dana White is none too pleased with Silva's recent performances.

Here's a snip from White:

"I'm pissed off he [Silva] didn't lose to Chuck. Not only are they [PRIDE] No. 2, they're not the brightest bulbs on the porch either. I wanted that Wanderlei Silva fight so bad. I knew Chuck Liddell would knock him out. I knew it and it's gone. I don't know, we're trying to figure out what we're going to do with Chuck next."

At UFC 61 in July 2006, White shocked the MMA world, parading Silva into the Octagon for a staredown with Liddell and promising a future showdown.

It never happened and White has had to walk around with egg on his face ever since. And, since that night, I'm fairly confident that White has not made any other public announcements during a pay-per-view (PPV) event.

That's because he got burned bad.

His evident frustration with this saga appears to have reached a crescendo in this recent article. With the Silva fight completely wiped off the table — at least in the near-term — the options for Liddell at 205 aren't all that thrilling.

Liddell has blown through most of the top competition in the UFC sans Quinton "Rampage" Jackson. However, Jackson appears to be destined for one more fight prior to a rematch with Liddell.

Granted, Liddell is the biggest name and draw in the UFC right now. But, who is going to shell out UFC 66-type scratch to watch "The Iceman" fight a former contestant from The Ultimate Fighter (TUF) until Rampage is ready?

At this advanced stage in his career, Liddell should be fighting veterans such as Mauricio "Shogun" Rua, Ricardo Arona, Henderson, Silva and Antonio Rogerio Nogueira.

The only problem is that these studs ply their trade half a world away on Japanese soil. And, the fact that the UFC doesn't have these types of fighters in its stable is the reason Liddell and White are buzzing about a potential showdown with heavyweight Mirko "Cro Cop" Filipovic.

In this writer's opinion, Liddell has only three quality fights left in the UFC with its current roster: Rampage, Evans and Cro Cop.

It should be interesting to see if the UFC matchmaker Joe Silva looks to secure talent outside the organization for Liddell's next opponent at UFC 71 on May 26.

Or, the UFC can solve its own problem and just feed Rampage to Liddell. At this point, not much else -- especially Silva -- makes sense.

Rampage is a big boy and a veteran ... I think he is up to the challenge,